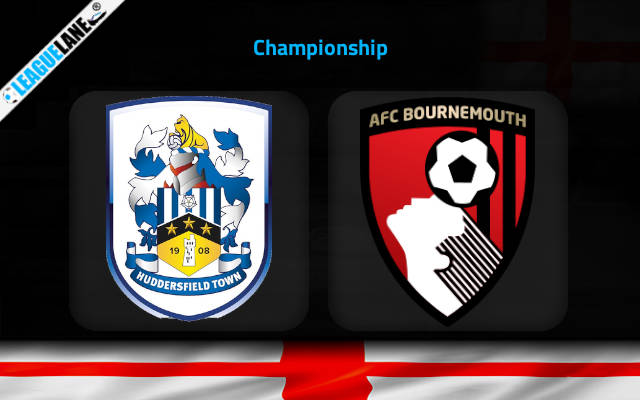 The second and the third placed teams in the Championship standings are set to lock horns in the most exciting clash of Matchday No 39 on Saturday afternoon at John Smith’s Stadium.

Huddersfield will be looking to make the battle for the automatic promotion a bit more interesting with a three-pointer here against the Cherries.

Despite the obvious drop in form in the last several weeks, Bournemouth are still in a much better situation in terms of this battle.

The Cherries are three points clear off third-placed Huddersfield and have two games in hand on them. They will thus be happy even with a point on Saturday at John Smith’s Stadium.

Nevertheless, we have to say that Bournemouth have been struggling to perform of late. They failed to beat the relegation-threatened and completely out-of-form Reading in a 1-1 draw on Tuesday evening at Vitality Stadium.

The team led by Scott Parker won only one of the last four league games despite playing the likes of Preston, Peterborough, Derby County, and Reading in the process.

Huddersfield Town have been in a much better form lately and we see them as favorites for a reason.

The Terriers are unbeaten in nine successive home fixtures across competitions. They have won four and drawn one of the last five in the process.

The team led by Spanish manager Carlos Corberan conceded only one goal in the previous five home affairs in all competitions.

Huddersfield will enter the tie in much higher spirits and we see the value in backing the home win at the 2.62 odds although Bournemouth won the last four head to head encounters.

We will also back the hosts to keep a clean sheet at even more attractive 3.50 odds knowing they shipped just one goal in the previous five home outings in all competitions.