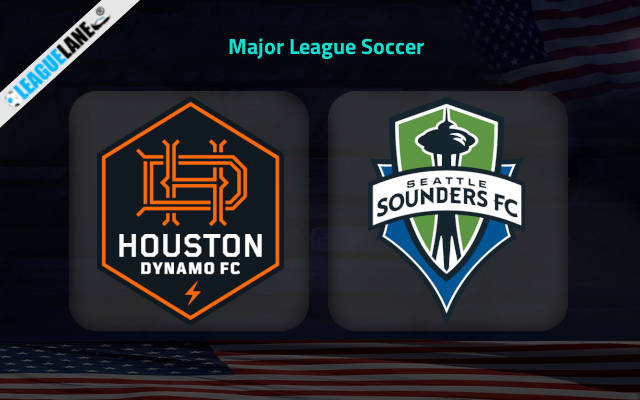 Both Houston Dynamo and Seattle Sounders have ended their respective three-loss runs at the weekend and will enter their head to head encounter on Wednesday evening on a high.

Houston Dynamo saw off Nashville 2-0 at PNC Stadium thanks to a strong defensive showing that saw them keep a clean sheet despite having a man sent off as early as in the 35th minute of the affair.

Left-back Adam Lundqvist got a red card in the early stages of the contest but Houston held on and even managed to double the lead in the second half through their top scorer Darwin Quintero who made no mistake from the penalty spot.

This was the second straight clean sheet for Houston Dynamo who had earlier eliminated San Antonio in the last 32 round of the US Open Cup.

Seattle Sounders, on the other side, dispatched Minnesota United 3-1 at home to end a negative run of three successive MLS losses.

The new Concacaf Champions League winners turned the game against the Loons around in the second half with goals from Raul Ruidiaz, Cristian Roldan, and Nicolas Lodeiro.

Head coach Brian Schmetzer can be thrilled with the attacking form his men have shown of late as they bagged two or more goals in five of the previous six matches in all competitions.

Seattle Sounders have been much more successful historically, winning 14, drawing 8, and losing 7 of the last 29 encounters with Houston Dynamo.

Nevertheless, Seattle Sounders won only 3 of the previous 15 away clashes against Houston Dynamo, including the outfits’ previous meeting in mid-October last year.

Only one of the previous four head to head matches between the two sides provided three or more goals.

Houston Dynamo looked decent defensively at the weekend and the 2-0 win over Nashville SC is exactly the display they want to build on going into this tie with Seattle Sounders.

We see the draw as the most likable of the three outcomes on Wednesday at PNC Stadium and you can back it at the odds of 3.60.