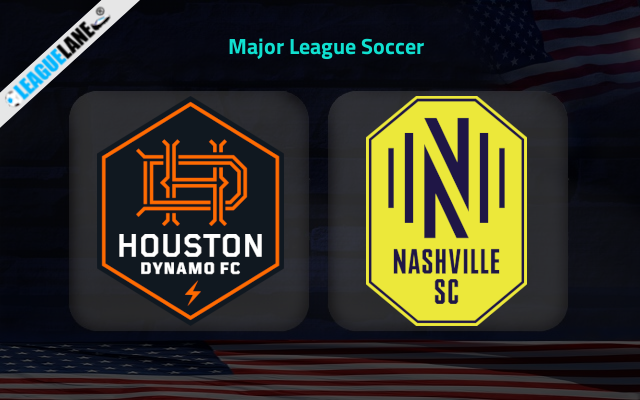 Houston Dynamo’s recording to open this season doesn’t looks so impressive. They won three, drew three and lost four to add up to a total of 12 points on the table for occupying the 8th spot of the table. Their only aim for the time being is to gain some positive momentum by bagging three pointers.

Houston Dynamo recorded a 2-0 defeat on road against DC United in their most recent league fixture. With that defeat, they are currently following a streak of four winless games in the league. They will be hoping to end their current winless run.

Meanwhile, Nashville SC had an average start to this season. They won four, drew three and lost three to collect 15 points for occupying the 6th spot of the table. Their current spot inside the safe zone is not that secured. They have also recorded some inconsistent displays in the league of late.

Nashville SC recorded a 2-0 win against Real Salt Lake in their most recent league fixture. It was their fifth unbeaten recording in the past 6 league fixtures. They will be hoping to extend such a run with more positive displays.

Houston Dynamo doesn’t possess a strong form at home so far this campaign. They are winless in four of their six home fixtures this season.

On the other side, Nashville SC are unbeaten in three of the past four league fixtures on road. They have scored two or more goals in two of those four on road outings.

On top of that, they have an unbeaten form against Houston in their head to head outings. Therefore, we are left to back Nashville SC to seal a win against Houston Dynamo when they both meet in an MLS fixture on Sunday.