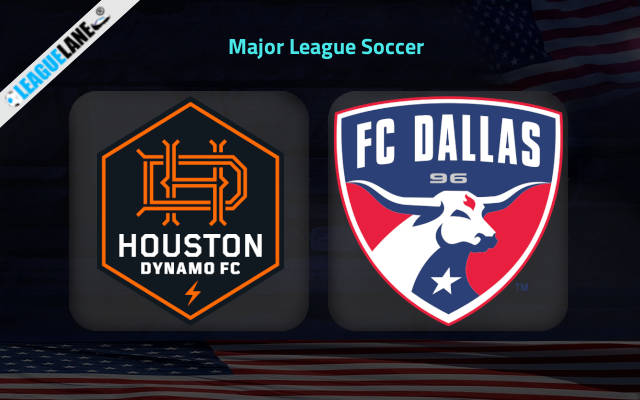 Gameweek 20 of Major League Soccer will be starting this week as Houston Dynamo play host to FC Dallas where both these sides are separated by 6 points and 5 places. These two sides will be seen locking horns in the Western Conference at PNC Stadium, this Sunday.

FC Dallas is at the 5th spot on the standing with 27 points from 18 games. They won 7 times in the league while drew on 6 and lost on 5 other occasions. It’s possible we will see a couple of goals here, with the last 11 games for them ended with 2 goals or more being scored.

In the game prior to this, the visitors drew 1-1 in the MLS match with Inter Miami. FC Dallas have been effective going forward in their most recent fixtures, having scored 8 goals in their previous 6 matches. They have been somewhat leaky at the back, having also been scored against in all of those games.

On the other hand, Houston Dynamo resides at the 11th spot with 21 points. Of the 18 matches played, they won 6 times in the league while having drawn thrice and lost on 9 other occasions. The hosts have seen netting frequently but they tend to concede more of the same.

The hosts will be wanting a better result here following the 1-2 league loss in their previous game against Charlotte FC. Houston Dynamo have failed to prevent opponents from scoring in 5 of their previous 6 clashes, leaking 11 goals on the way.

The visitors has won their last 5 league meetings with this rival. Also, scoring is not an issue for FC Dallas when they play away from home. They have scored in the last 6 games they have played on the road.

Meanwhile, Houston Dynamo lost twice of their last 3 home games in MLS. But they have won the last h2h meet-up at home by 3-2 margin.

We therefore feel that FC Dallas could secure a win here or at least make it a tie this weekend.