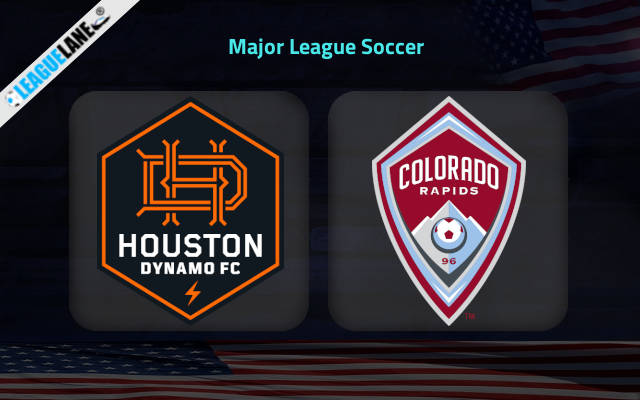 Houston Dynamo managed their first win of the season seven days ago when they completed a comeback against Vancouver Whitecaps at PNC Stadium.

They will still be in Texas to play the second straight home fixture on Saturday evening when Colorado Rapids come to visit PNC Stadium in Matchday No 4.

The Rapids will enter the tie on a high following back-to-back impressive wins over Atlanta United and Sporting Kansas City.

The team led by Robin Fraser have thus successfully bounced back from a tough opening day loss at Los Angeles FC (3-0).

Can the visitors prove to have what it takes to be picking up results on travels as well? Fraser can be very satisfied with the defensive efforts his men have put up by keeping consecutive clean sheets in the previous two outings on the home patch.

However, despite scoring five goals in these two wins, Colorado Rapids have not created too many clear-cut chances in the process.

They might struggle to break Houston Dynamo down here, especially since we know that the Texans have been playing a tight defensive-minded football at the beginning of the season.

Houston Dynamo took four points from the inaugural three games, but they have conceded only two goals along the way.

None of the last five games Colorado Rapids have played in all competitions (including the last 16 round of CONCACAF Champions League encounters against Comunicaciones) produced goals at both ends.

Since Houston Dynamo have also been struggling offensively in their inaugural three matches, we see the Under 2.5 goals FT as the best betting option here at the 1.90 odds.