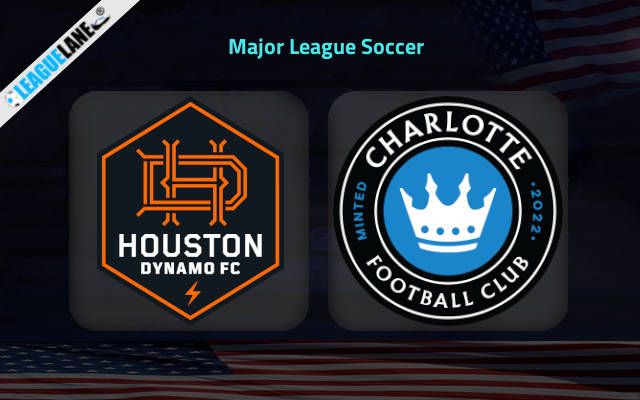 Gameweek 18 of Major League Soccer is being scheduled as Houston Dynamo play host to Charlotte FC, where both these sides lie at the second half of the table bit in different Conference. These two sides will be seen battling it out at PNC Stadium, this Monday.

Houston Dynamo is at the 9th spot on Western Conference with 21 points from 17 games. They won 6 times in the league while having drawn thrice and got defeated on 8 other occasions. The hosts has not able to net in 6 games this season and that accounts to 38% of the games where they have not been able to find crucial goals.

The hosts will be hoping to return to winning ways here following the 1-2 league loss in their previous game against Portland Timbers. At least 3 goals per match have been seen in 5 of the past 6 fixtures where Houston Dynamo have played and they have totted up 8 from those.

On the other hand, Charlotte FC resides at the 10th position on Eastern Conference with 20 points. Of the 18 matches played, they won 6 times in the league while drawing twice and losing on 10 other occasions. The visitors need to improve up their defense as they have been conceding goals frequently.

Following on from a 0-1 losing effort in their last game against Austin FC in MLS competition, Charlotte FC will be hoping to turn the tables here. Christian Lattanzio’s men have converted a total of 6 times in the course of their last 6matches.

Both these sides have never crossed paths each other. This will mark their first ever encounter.

Houston Dynamo is an average home team, unbeaten in 7 out of their last 9 games played at PNC Stadium. Over 70% of their point collection came from their performance at home ground.

It’s possible we will see a couple of goals here, with the last 3 games involving the home side ended with 2 goals or more being scored. Meanwhile, Charlotte FC remain as the only side yet to secure an away win in MLS. They lost 7 of the last 9 away league fixtures coming here.

Knowing that, we expect Houston Dynamo to seal a win this Monday.