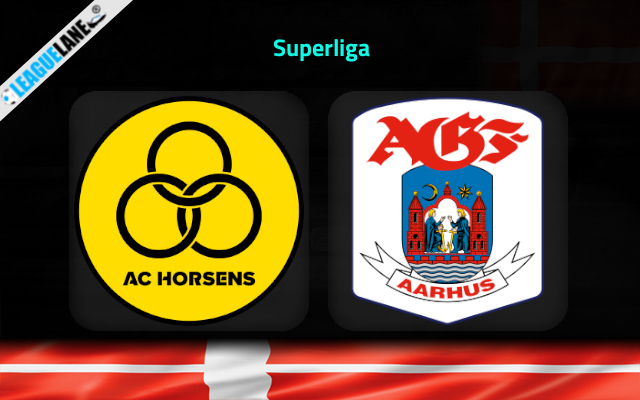 Horsens will be looking to forget their gloomy start to the top flight this season. They have failed to seal a win since a couple bagged from the opening two fixtures of the season.

The Yellow Danger were expected to have batter start here. After sealing a couple, they made it four subsequent games without a win. The 1-0 defeat against Odense wasn’t expected too.

They will be hosting an in-form Aarhus on Friday at CASA Arena in a Superleague fixture.

After losing the opening day’s fixture to Brondby, Aarhus made it five consecutive outings without a defeat. Four wins and a draw in the previous games helped them to climb to the second on the table.

By the looks of things, expect a pleasant day for the travelers the coming Tuesday.

The Whites have only conceded a goal in the previous three league outings. They will have a great chance to keep their impressive form going when they face the newly promoted Horsens on Friday.

On the other side, Horsens are having a streak of defensive leaking on top of their winless run at present. They leaked goals in all three previous league fixtures. As a result, they are placed at the seventh spot of the league table.

This match is a great chance for the travelers to maintain their impressive spell of form at the beginning of this season. Also, they are level with the current toppers Silkeborg.

We have enough of reasons to back Rosler’s men to seal a three pointer to secure their chances of occupying the top spot.