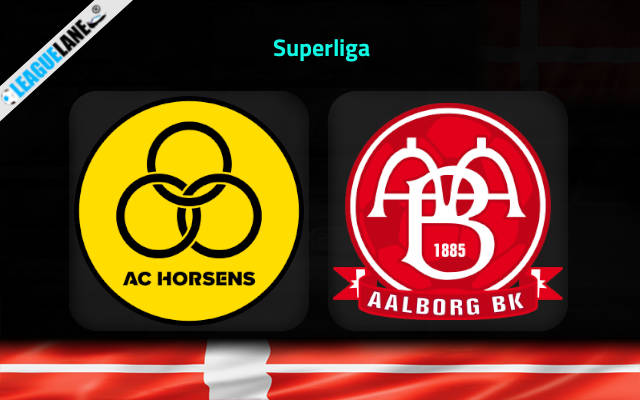 Horsens will play host to Aalborg in a Superleague fixture on Monday at CASA Arena Horsens.

The visiting side Aalborg had a dismal start to this season. Instead of improving, they maintained the same further to push themselves to the second spot from bottom in the league standings.

Their average offense and defense adds more to the slump. The past two fixtures saw Aalborg scoring two while leaking four.

Meanwhile, Horsens will be looking to forget their gloomy start to the top flight this season. They have failed to seal victories consistently since a couple bagged from the opening two fixtures of the season.

The Yellow Danger were expected to have batter start here. After sealing a couple, they made it two wins, two draws and 5 defeats to sit at the 8th spot in the league standings.

It has been a rare occasion in recent times where Horsens have kept a clean sheet. Defensively, they have never been a danger as their name suggests. The team had allowed a total of 6 goals in the previous 3 league outings.

By the looks of things, expect an interesting affair between these two on Monday.

The visiting side will head into this fixture off the back of a 3-1 defeat against Aarhus. It was their fourth defeat in the past 5 road trips.

On the other hand, Horsens are unbeaten in 13 of the past 15 appearances in front of the home crowd this season. In fact, they have a 100% unbeaten record at home in this season barring a single fixture.

Taking into account all these observations as well as their head to head recordings, expect a victory for Horsens on Monday.