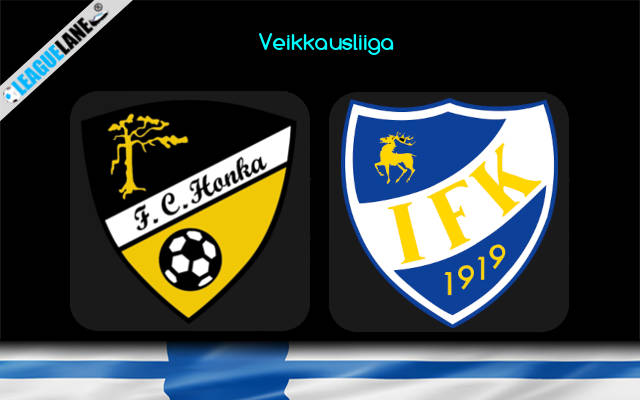 Honka are one of the top-performing teams in the Finnish top flight this time around and deservingly they are placed 3rd in the table as of now.

They have lost only twice all through the campaign and it also needs to be mentioned that only two other teams have scored more goals than them in the competition.

Moreover, they are also the only team in the entire league to have won the past 3 fixtures in a row.

Meanwhile, Mariehamn are one of the worst teams in the league and are placed 3rd to last in the table. Most of their recent fixtures have ended in losses and they have let in goals in huge numbers all along as well.

In addition, they have also been the absolute worst team on the road in the tournament and have a 100 percentage losing record in such games, disregarding a single draw.

By the looks of things expect a victory for Honka this Saturday.

On the other hand, Mariehamn were winless in 10 of their past 14 overall games, and in the process, they had gone on separate 2-fixture as well as 3-game losing streaks.

Moreover, they had also lost 7 of their past 10 road trips.

Taking into account these observations expect a win for Honka this weekend.

Tips for Honka vs Mariehamn