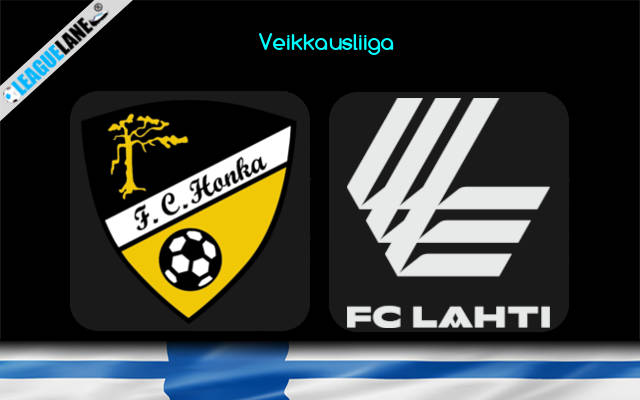 Round 15 of Veikkausliiga is starting this week as Honka play host FC Lahti where both these sides are separated by 12 points and 8 places. These two teams will be seen clashing at Tapiolan Urheilupuisto, this Friday.

Honka is at the 3rd spot on the standing with 24 points from 13 games. They won 7 times in the league while drawing and losing 3 matches each. Residing within the Championship Group, the hosts scored 22 in total while conceding a sum of just 13 which shows that they have a decent lineup.

The hosts won’t want a repeat of their last result here following the 2-3 Veikkausliiga defeat last time out to SJK. Vesa Vasara’s men have netted 8 times in their prior 6 outings. Conversely, the number of goals that have been scored against them in those same fixtures stands at 5.

On the other hand, Lahti resides second from the bottom at the 11th position on the table with only 12 points. Of the 13 matches played, they won and drew 3 times each in the league while having lost on 8 other occasions. Their total goals to conceding ratio stands at 14:29 which is the worst in the league.

The visitors head into this match after an awful 4-0 league loss against KuPS, the previous week. Demonstrating their bias toward eventful matches, they had goals 22 times in the previous 6 matches in which FC Lahti have sent out their troops, giving a mean average of 3.67 goals per fixture.

Meanwhile, Lahti haven’t beaten this rival in away games against them for the last 10 league games. They also lost their last 3 h2hs in a row conceding 9 goals overall. Moreover, they are without an away win for the past 5 league matches.

Knowing that, we expect Honka to seal a win against this Friday.