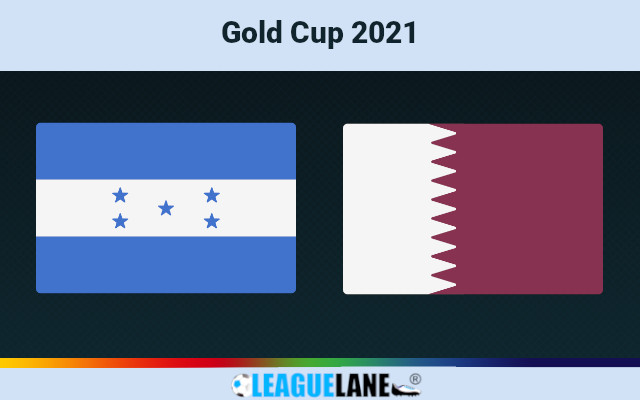 Honduras and Qatar take on each other in the battle for the top spot in Group D at the 2021 Concacaf Gold Cup.

Honduras made amends for the unexpected group-phase elimination in the previous edition of the Gold Cup. They produced classy attacking displays to notch seven goals for a two-win span and the first place in Group D ahead of the final round.

Their Uruguayan manager Fabian Coito can be thrilled with how the team reacted in the second half of the clash against Panama on Saturday. Alexander Lopez and Rommel Quioto found two goals within four minutes to complete Honduras’ second-half comeback and a place in the quarterfinal of the competition.

Montreal’s forward Quioto has been the main catalyst for Honduras’ successes at this tournament. He bagged three goals in two appearances and will no doubts be the target man on Tuesday evening against Qatar.

Although Honduras have already secured the quarterfinal of the competition, this match against Qatar has a huge importance for them. If they avoid a defeat, they will face El Salvador in the quarterfinal. In case of a defeat on Tuesday, Honduras would have to play Mexico for a place in the last four.

Qatar celebrated their first-ever victory at the Gold Cup on Saturday when they destroyed Grenada 4-0.

They are in a good position with four points from the opening two games. However, they will also be highly motivated to pick up a three-pointer here and avoid Mexicans in the first knockout stage clash.

This will be the first head to head meeting between the two outfits.

Both Honduras and Qatar have been pretty efficient so far in the tournament. They have bagged three goals past the Panamians and four goals past Grenada each. Despite the huge importance of the game, we just can’t see either of the two sides keeping a clean sheet here.

Qatar have super talented Almoez Ali and Akram Afif who scored for a second match running on Saturday against Grenada. The Over 2.5 goals FT bet looks attractive at the 2.05 odds. As for the outcome, we fancy draw at the 3.30 odds.