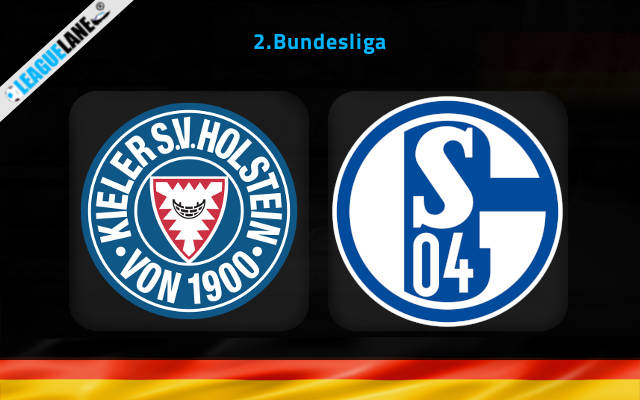 Both Holstein Kiel and Schalke will be looking to recover from poor starts to the new 2. Bundesliga campaign as they take on each other on Sunday afternoon at Holstein-Stadion.

Schalke began their second-tier journey with a home defeat to Hamburger SV.

They did get off to a perfect start with Simon Terodde finding the back of the net against his former team seven minutes into the game.

However, Ole Werner’s men failed to impress later on, allowing their rivals to find the equalizer (despite missing the penalty) and to eventually turn it completely around with two more late goals.

Conceding three goals at home in the season opener is never good, especially if you have ambitions of playing the top-flight football next season.

Schalke will thus be highly motivated to get their campaign up and running and pick up a result against Holstein Kiel (possibly one of the main rivals in the battle for the promotion).

Luckily for Werner, his team’s opponents have been even worse in their opening fixture.

Holstein Kiel’s defense looked as vulnerable as ever as they conceded three goals from three shots on target in a tough 3-0 defeat at St. Pauli last weekend.

Both outfits lacked defensive meticulousness in their opening matches and we can’t quite see either of them keeping things tight at the back in their head to head encounter. The Both teams To Score pick thus has value at the 1.66 odds.

Simon Terodde scores goals for fun even at the age of 33. He bagged one in the opener against Hamburg and he should have a lot of space to repeat the feat here at Holstein-Stadion. You can have the 2. Bundesliga veteran to score anytime at the odds of 1.95.