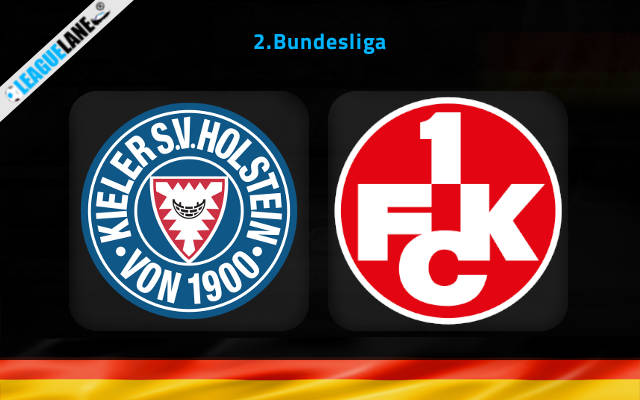 Gameweek two of German second division football takes place this weekend in one of the most exciting clashes of the round. Holstein Kiel will be seen hosting Kaiserslautern at the Holstein-Stadion this Saturday.

Four years after their first-ever relegation into Germany’s third division, Kaiserslautern were promoted back to the tier-2 Bundesliga where they aim to make their presence. The visitors head into the game following a 2-1 league win in their debut game over Hannover in Round One.

Throughout their 6 latest matches, Dirk Schuster’s men have fired home a total of 6 times therefore giving them the goals per game average of one. The 1998 Bundesliga champions have spent the last 15 years either in the second or third tier of the German game.

On the other hand, Holstein Kiel ended last season with a strong run of home form. They were unbeaten on home soil in their last 4 league games, having recorded 3 wins and a draw. The hosts now go into this fixture coming off the back of a 2-2 league tie with Greuther Furth previously.

Marcel Rapp’s Holstein Kiel have netted 10 times in their prior 6 outings. The tally of goals that have been scored against them in that same time accounts to eight. The side finished eighth, last season but had a lost of defensive issues within them.

Coming into this fixture, Holstein Kiel haven’t been defeated in their previous 4 home league matches. They have also been impressive in their friendly games recording 3 wins and a draw from four at home.

The draw continues an inconsistent run of league form for the hosts from the previous campaign. Their decent home form was built on solid defensive foundations, as they kept clean sheets in 5 of their last 8 home league games.

Meanwhile, Kaiserslautern won the last 2 away games during friendlies by 11-0 combined scorecard. They will look to make their mark here, as they try to recapture former glories.

However the visitors lost their last visit to Holstein-Stadion and considering their best home form, Kiel come here as the favorites.