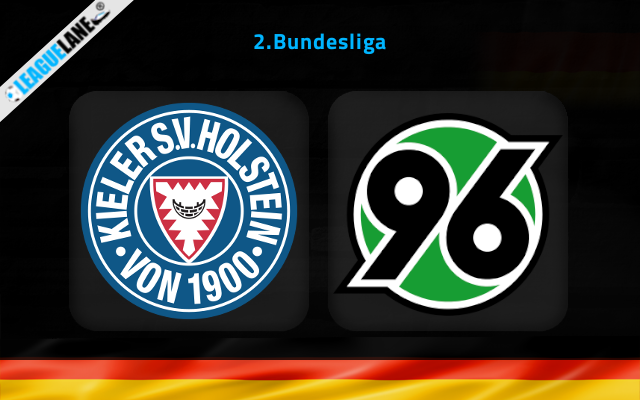 Holstein Kiel and Hannover are among the consistent teams at the German second division for the past several years. And it seems that they both have started this new campaign on a decent note as well.

Kiel have bagged a total of 23 points after completing 15 fixtures in the league and are positioned at 8th in the league standings. They are one point and two spots away from their Friday’s counterparts at the moment.

Going on, their main strength relies on the attacking side which have scored a total of 12 goals in the previous five league outings. German striker Steven Skrzybzki have often been there in the score sheet for them in this season.

In fact, six of those 12 goals netted by them in the previous five league fixtures belongs to Steven. He has managed to score goals against teams in the top five positions in the table. He might have his chances from this fixture to maintain his position at the top of the top scorers list.

Hannover’s recent inconsistent form will be an advantage for Kiel on Friday. The visitors head into this fixture after suffering a 1-0 defeat against Darmstadt in the previous league outing. It was their third winless recording in the past four.

On top of that, they are on a three-fixture winless streak on the road currently. By the looks of things, expect a pleasant day for the local supporters on Friday.

Hannover will head into this fixture without any other factor to rely on apart from the win in the last head to head match played at this stadium.

Holstein Kiel’s chances of winning are high with a comparatively better form and a strong attacking line. Therefore, we also expect them to win at odds of 2.10 placed by the bookmakers.