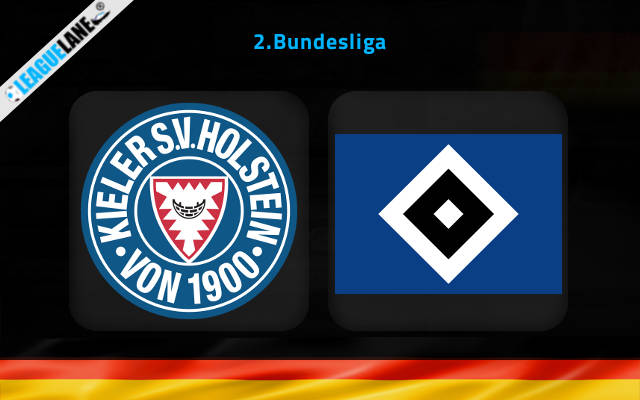 Holstein Kiel seems to be in a bit of trouble in their recent matches in 2. Bundesliga. the team had found themselves in a loss streak which had lasted for over four matches before their win against Ingolstadt. The team has moved down the table to the 12th position with 34 points to their name.

After the last match against Darmstadt, the team has added another loss to their tally. Darmstadt scored two goals even before Kiel could score their first goal. The opposition scored another goal right after Kiel scored their goal. The match ended with 3-1 FT score.

Hamburg has found their first win after five winless matches. Hamburg hopes to get back in form and earn more wins for the team. At the moment, the team stands 6th on the league table with 45 points to their name.

Hamburg has secured a striking win in their last match against Erzgebirge Aue. Their attacking tactic helped the team to secure a win with a four-goal difference. Hamburg scored score goals in the match, while Aue could score none.

Holstein Kiel can’t seem to keep a win streak in their most recent matches. After their win against Ingolstadt, the team lost in the next match. They have lost in four of the last five matches. Hamburg has ended their cold streak with the win in the last match. Hamburg had played well in their matches this season and can get back in form at any time.