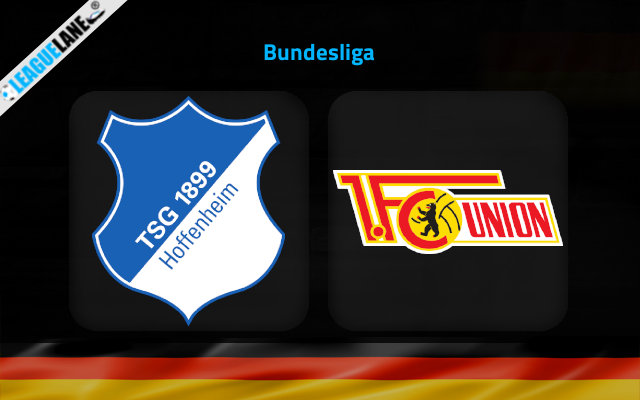 Hoffenheim are looking to repeat the opening-round performance in an attempt to preserve the perfect record at the start of the new Bundesliga season. Can they see off Union Berlin on Sunday afternoon at PreZero Arena?

Hoffenheim got big in the opening fixture of the new season. They’ve put up a five-star display in a 0-4 drubbing of Augsburg on Matchday No 1.

The team’s record goalscorer Andrej Kramaric showed up with a hat-trick of assists, while Jacob Bruun Larsen got his first goal in the Hoffenheim shirt.

We also have to mention substitute Sargis Adamyan who has now scored in two straight Bundesliga outings having found the back of the net in the clash against Hertha BSC on the final day of the previous campaign.

Hoffenheim will thus go into this tie in the highest of spirits encouraged by a run of three successive victories.

They’ve notched at least three goals in each of these wins, starting from the friendly against Reims (3-1), going across the DFB Pokal tie with Viktoria Koln (2-3 after extra time), to the aforementioned thrashing of Augsburg in Bundesliga.

Sebastian Hoeness’ men should have a more serious challenge here against Union Berlin who produced a fine effort in a 1-1 draw to Bayer Leverkusen seven days ago in the capital.

The visitors are much more organized defensively than Augsburg. They’ve shipped only two goals in the last four games across competitions.

Union Berlin will represent a much more serious task for Hoffenheim. However, we are still tempted by the attractive 2.10 odds offered for the home win pick knowing how strong Hoeness’ men looked like last weekend at Augsburg.

The alternative bet would be Both Teams To Score at the 1.61 odds. We’d not be surprised to see the visitors on target here, especially after an interesting showing they’ve put up against Leverkusen last time out.