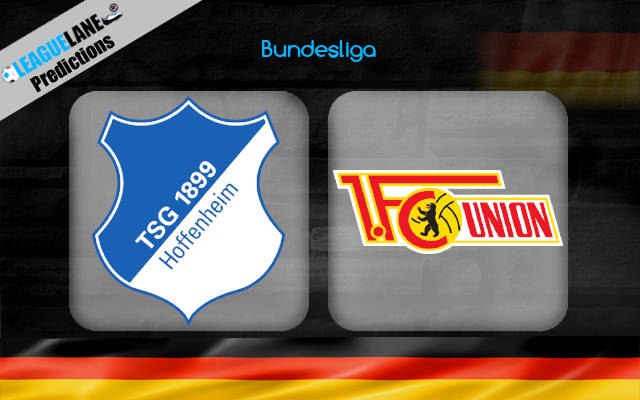 Die Kraichgauer have been consistent in their efforts in the past few years, and they have reaped the benefits for it as well. They had finished sixth in the table the last season, and thus secured an entry into the Europa League.

Even this campaign, they have remained invincible barring their two match-ups against Frankfurt and Dortmund, two of the best teams in the German top flight.

Meanwhile, the Iron Ones are playing just their second season ever in the Bundesliga, and expectedly they are still coming to terms with the hardships in one of the top-five leagues in Europe.

They have failed to leave their mark so far, and their only win in 2020-21 had come against Mainz – the dead-last placed team in the table, with a 100% losing record.

Going on, Sebastian Hoeneb’s men also do have a perfect h2h record against this opponent all through their history.

Consequentially, anticipate Hoffenheim to have the upper hand this Monday at their home.

Hoeneb’s men recorded a 1-1 draw on the road the last match-day, against Bremen. In the meantime, Urs Fischer’s men posted another 1-1 draw, at home against Freiburg.

At present, Die Kraichgauer have a huge edge going into this encounter. They have a 100% winning record against this rival, and have scored two or more goals in all such encounters so far. And frighteningly, they are yet to concede a goal in return as well.

Going on, they were unbeaten in 16 of their last 20 overall fixtures this season, and they had won seven of their preceding nine appearances at this stadium.

On the other hand, their opposite number have won just once this season, against the worst team in the league, Mainz. And on the road, they have won just once in the past eight-month period. The victory had come against Koln – one of the worst and least experienced teams in the German top flight.

As such, it’s understood that Hoffenheim have a huge upper hand this Monday, and it’s only logical that they are expected to dominate.