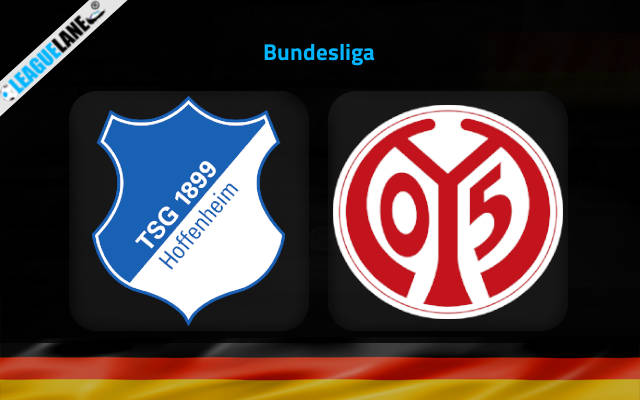 Mainz and Hoffenheim had finished 8th and 9th respectively in the German topflight the last season and therefore they missed out on any European competitions for this upcoming campaign. Both the outfits will meet in a Bundesliga fixture on Saturday at PreZero Arena.

Hoffenheim are placed seventh in the table as of now. They are having an impressive form at the moment disregarding a defeat they conceded in the previous round against one of the best in the German topflight, Borussia Dortmund.

Breitenreiter can be thrilled with the performance of his team’s offensive line. They scored 7 goals in the past 4 Bundesliga fixtures.

Meanwhile, Mainz have been going through a good stretch of performances. They are finding the back of the net at a good rate and have developed some momentum as a result as well.

Mainz have lost just once in the tournament. They are determined to make amends this time.

Going on, majority of the head to head encounters over the years between the two teams have witnessed goals coming from both sides.

It is inferred that we are about to witness a high-scoring affairs after analyzing all these observations.

The hosts are on a 5-fixture winning streak in front of their home crowd. They had scored two or more goals in 4 of those 5 home fixtures.

Meanwhile, Mainz are on a 4-game winning streak on the road and they had scored two or more goals in 3 of those.

We are expecting a competitive goal-fest on Saturday considering these observations.