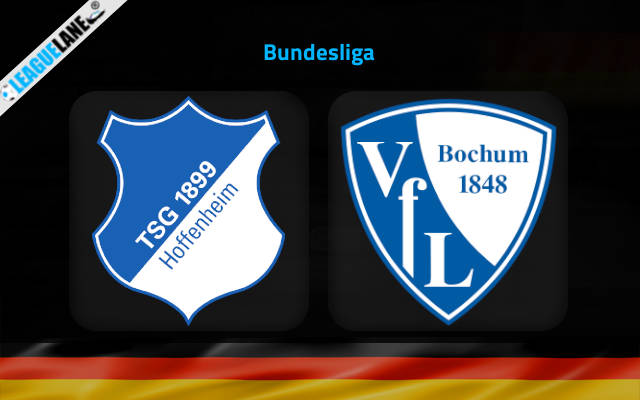 Bochum have enjoyed a great campaign upon the return to the elite class of German football last season when they confidently avoided the relegation scrap.

They are, however, have a mountain to climb in an attempt to match such a trajectory this time around.

The team have lost some very important first-team regulars such as Leitsch, Bella-Kotchap, Pantovic, and Polter.

Bochum seem to have failed to replace them adequately so far in the transfer window and we firmly believe they will struggle to keep the elite class status this term.

The opening day’s fixture and a 1-2 home defeat to Mainz was the best proof of Bochum’s current status.

Thomas Reis’ men are now looking ahead of a tricky fixture away in Sinsheim where they will face Hoffenheim in Gameweek 2.

Die Kraichgauer will also be hoping to bounce back from the opening day’s defeat. They fell 3-1 away at Borussia Monchengladbach but we must say that the game was decided in the 19th minute when right back Stefan Posch got his second yellow card.

Hoffenheim did manage to get the lead with ten men on the pitch through Robert Skov, but they failed to hold on against a strong M’gladbach side in the second half of the affair at Stadion im BORUSSIA-PARK.

Nevertheless, Die Kraichgauer will have a great chance to rebound here in the first game of the season in front of their fans.

Andrej Kramaric and Georginio Rutter could feast up front past Bochum’s back line just as Karim Onisiwo did last weekend for Mainz at Vonovia Ruhrstadion.

Hoffenheim have an exciting attacking duo of Kramaric and Rutter. They should have plenty of space to deliver past the leaky Bochum defense and the home win is the only logical betting option in this affair.

You can even go with Hoffenheim to win by two or more goals difference at the odds of 2.35. Georginio Rutter is well worth backing to score anytime at the sky-high 2.75 odds.