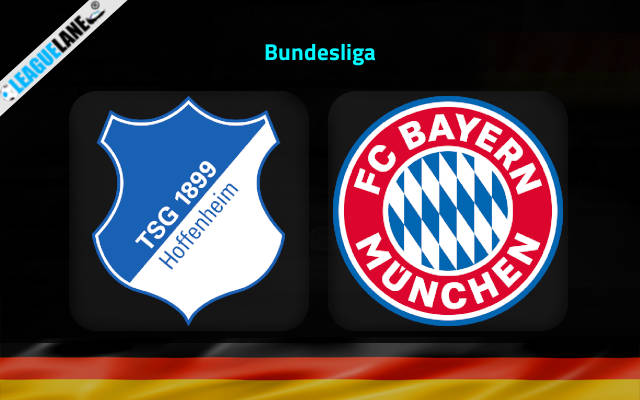 The Bavarians did stumble at first in the German top flight, but now they are back to their fiery best. They are placed second in the table at the moment, and their immediate objective would be to go for the top-most spot. The inconsistent Hoffenheim do not stand much chance, against the defending champions.

And it is a real shame, as Hoffenheim did put in some real work this season in the league. They are placed fourth in the table at the moment, and lost just once at home.

They started their campaign on a great note, and went on a good stretch of performances. However, lately they are finding it hard to show consistency.

They registered a single win in their last four games in the league, and this sole victory came against the 17th placed Schalke. Note that they are also on a winless run at home at the moment.

Meanwhile, the Bavarians have a different story to share. They started their campaign on a worrying note, and dropped several points. At one point it seemed like that they had grown too dependent on Robert Lewandowski, and were unable to function without him.

However, they picked up pace later, and now they are determined to make amends for all the mess they made early in the campaign.

As of now they are placed second in the table, and are trailing four points below toppers Union Berlin. They also have the second-best defense in the league as of now, and absolutely have the best offense. They so far scored 30 goals from their 10 games.

Surely expect a win for Bayern Munich this weekend.

Not only are the Bavarians on a long stretch of great results, but they even scored four or more goals in four of their past five overall fixtures.

They have huge momentum due to these results, and they also have a superb h2h record against this rival.

On the other hand, Hoffenheim currently are on a rather poor series of performances, and are struggling for form at home.

By the looks of things expect a win for Bayern Munich this Saturday.

Tips for Hoffenheim vs Bayern Munich