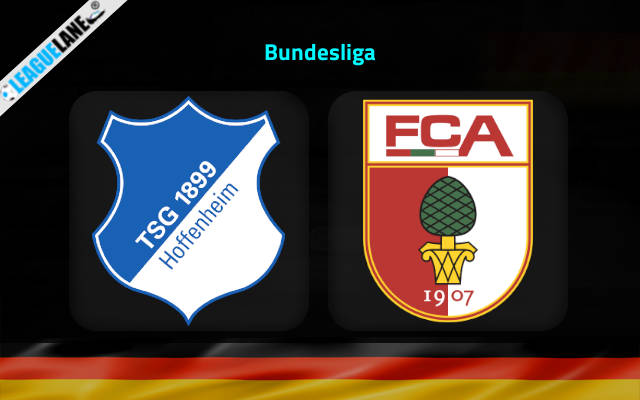 Hoffenheim had missed out on a ticket to one of the European competitions by a margin of just 6 points in the last league table. Meanwhile Augsburg fans will thank their lucky stars as they managed to avoid getting the boot by a surplus of merely 5 points.

They had finished 14th in a table of 18 and all through the run they had managed to register just 10 wins. They had a -17 goal difference at the end of the stretch and it goes without saying that they had let in goals in plenty all through the campaign.

Going on they have started this new season on a poor stretch of results. And they have also been on a worrying series of performances away from home in the past several match days as well.

On the other hand, Hoffenheim have a 100 percentage winning record this new season, barring a defeat in their opener against Borussia Monchengladbach. It also needs to be mentioned that they are on a long winning streak in front of their home crowd.

Moreover they have a dominant head-to-head record against this rival over the years. And taking into account all these observations it is expected that we are about to witness a victory for the hosts Hoffenheim.

Going on, they are on a 4-fixture winning streak in front of their home crowd and they had scored 2 or more goals in their last 6 appearances here.

Considering these observations, expect a victory for Hoffenheim this Saturday.

Tips for Hoffenheim vs Augsburg