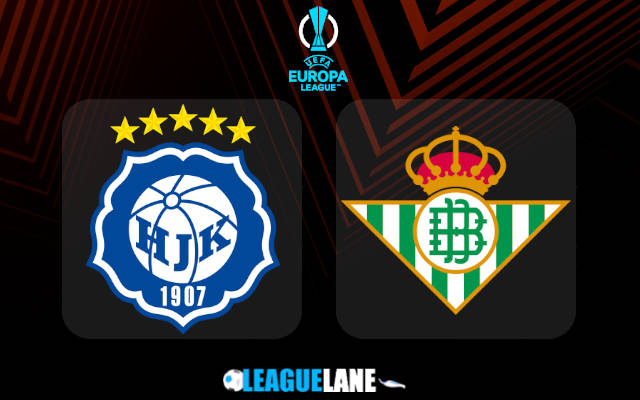 HJK return to UEFA Europa League group phase after eight years as they are set to host Spanish La Liga side Real Betis in the first round on Thursday afternoon at Bolt Arena.

The Finnish outfit got here thanks to the victories over Maribor and Silkeborg in the previous two qualifying rounds.

Head coach Toni Koskela can be thrilled with the defensive displays his men have shown in these ties, conceding just one goal in four matches combined against the two mentioned opponents.

On another note, it is worth noting that HJK were brutally beaten by Czech champions Viktoria Plzen in the second qualifying round of the UEFA Champions League, shipping seven goals over two legs on the occasion.

HJK are now set to face a much stronger opposition in the likes of Real Betis. Los Beticos were stopped in the last 16 round last season, falling 2-3 on aggregate after extra-time to the latter winners Eintracht Frankfurt.

Betis came second in their respective group with Bayer Leverkusen, Celtic, and Ferencvaros last year, losing two of three matches on the road on the occasion.

Manuel Pellegrini’s men, however, got off to a fine start to the new season in the elite tier of Spanish football.

HJK are on a great run of seven wins and two draws in the last nine games across competitions. However, they are yet to face the opposition of Betis’ quality this season. The visitors have much more quality and experience at this level and we expect them to pick up easy win in Finnish capital.

You can back Betis to have the lead at the half time and win the match at the end at the odds of 1.95, while the visitors are also 2.10 to win to nil on Thursday.