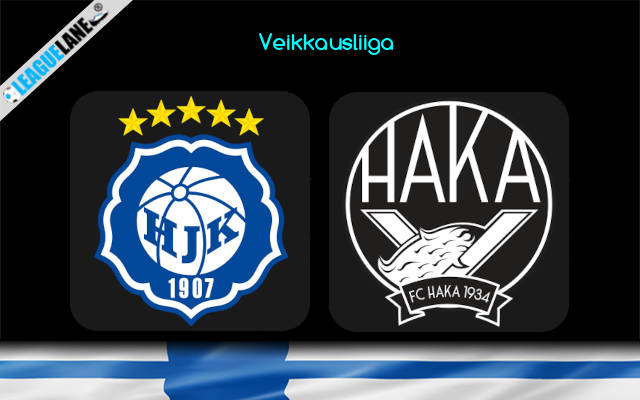 HJK has started the season with strong form from their side. The reigning champions have wasted no time in securing a position at the upper half of the league table. From the nine matches played so far, the hosts have secured seven wins, one draw and one loss. They currently stand second on the league table with 22 points, which is the same as the first positioned team, KuPS. At the moment, the team is unbeaten in the last five matches.

HJK played their last match against Lahti. In the match, HJK scored three goals while Lahti could score only two, ending the match in a win for HJK with 3-2 FT score.

Haka had started the season well with three wins from four matches. However, they failed to secure a win in the remaining four matches. From the eight matches played so far, the team has got three wins, one draw and four losses. Haka’s performance in the recent matches resulted in the team moving down the table. They stand fifth on the league table with ten points from their matches.

Haka played their last match against SJK. Both teams scored one goal each, ending the match in a draw with 1-1 FT score.

HJK entertains Haka in the next match with the hopes to continue with their unbeaten streak. They are unbeaten in the last five league matches. Haka, on the other hand, has not had a win in their last four matches, in which three ended in losses.

HJK has played four matches in their home ground. They have secured three wins and a loss in the matches. They have also scored over 1.5 goals in the last two wins in the home ground. Haka too have played in four away matches, in which three ended in loss. However, they found win in the second road trip.

Looking at the records, we can expect the match to end in a win for HJK as they are the better team of the two. Both teams have scored in most of their matches and can be expected to score so in this match as well. Also, HJK has scored most of their goals in the last five matches in the second half as well.