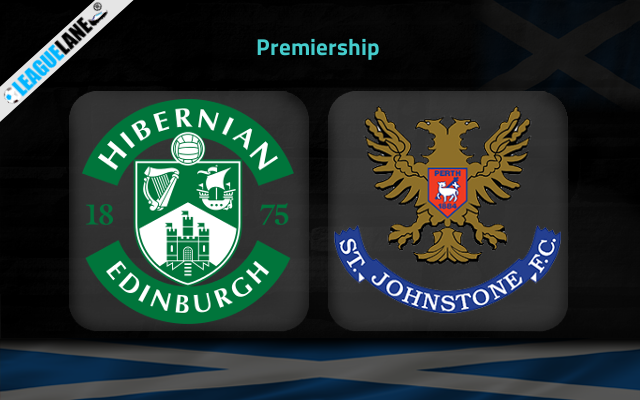 The Premiership game at Easter Road on Friday will see home side Hibernian up against St. Johnstone.

Despite losing their last two games, Hibernian have not lost their safe zone spot in the table. But they don’t have enough stats to have the possession of the 3rd spot. It can be understood by looking at their recordings so far in the season.

However, they are fortunate enough because the teams positioning below them possess a much unimpressive stats when compared to them. It is worth noting that they owns an average offensive and defensive line.

In fact, they have a record of conceding more goals than they scored despite of sitting in the 3rd position. None of the teams in positioned in the top four has such a stat.

Anyways, they will have a better chance of winning in the upcoming fixture. Because they are pitted against St. Johnstone who lost the previous three league fixtures. Moreover, they are currently in the relegation spot of the table.

On top of that they rather have an inferior head to head form against this opponent for the past several years. Therefore, expect a victory for the home side Hibernian on Friday.

No matter how bad the overall form is, it has not affected the performance of Hibernian at this ground. They have not lost a single game since the start of this season.

Hibernian have the same consistency in scoring goals. They have scored in the last five home games. It deserves to be mentioned that their defensive line have bettered their performances of late.

They might seal a high-scoring win as expected against this St. Johnstone, who have lost most of their away fixtures.