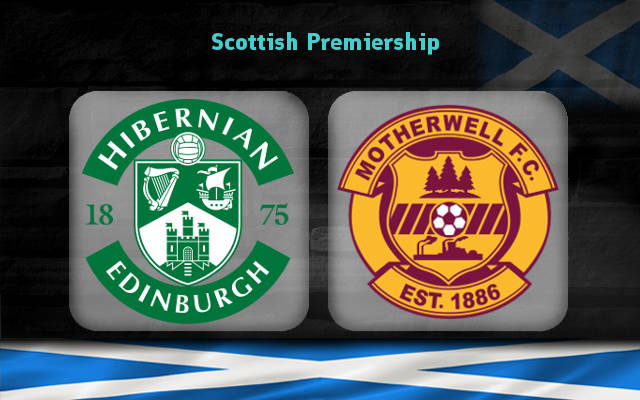 Hibernian come into this game in 8th place and form has been odd for them because on one hand they have gone their last 5 games unbeaten but on the other they have only won 1 of those matches and drawn the other four.

The good news for the club was that their win was in their last match 4-1 against St Johnstone. Still at this time the club are in the danger zone. Hibs have just one victory at home so far this season and have drawn their last 3 here in a row.

Motherwell are doing better and are in 4th place. They are still 9 points behind leaders Celtic though. They actually lost their last game to Celtic with that finishing 2-0. Away form has been good, and we shouldn’t count their last two away matches because even though they were defeats they were against both Celtic and Rangers clearly the best teams in Scotland.

Hibernian vs Motherwell: Head to Head

Motherwell have been the better side, but Hibs have got good results over them in the past. We expect to see a good entertaining game that might also be very close and decided by the midfielders. For this we only have one choice to make here and that is to see goals.

Because it is very hard to choose one of these teams with the form, they both have, even if Motherwell have more dangerous players. Our choice here is to see 3 or more goals. For small stakes we will look into the correct score, which is always going to give us very good value.