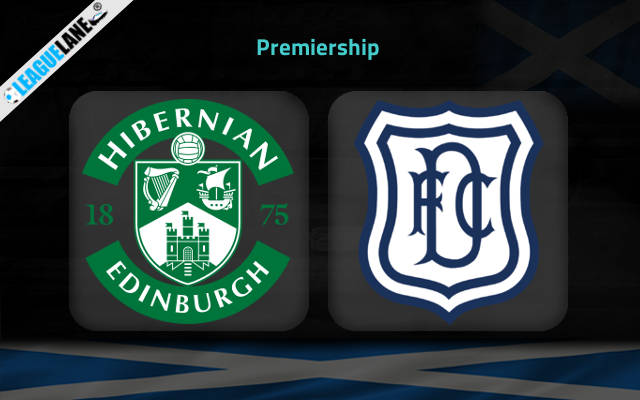 Hibernian achieved a third-place finish in the Scottish Premiership last season. This time around they are languishing in the bottom half of the table.

Dundee FC following their promotion through the play-offs are looking to survive relegation back into the Championship as they are just about sitting outside the relegation zone.

Dundee FC will travel to Easter Road as they are set to compete against Hibernian this Tuesday. Read our Preview, Predictions, and Betting Tips with Analysis here

The Dees failed to pick up a win in the opening 8 fixtures of the Premiership, having gained just 3 points from those fixtures. Few crucial results since have taken them outside the relegation zone.

With 6 points in their last 5 games, the club is occupying the 10th position in the league, 2 points clear of the bottom of the table.

The Hibbs were undefeated in the league until the end of September. Things have crumbled for the side as they lost 5 consecutive matches over the following 2 months.

Winless in their last 4 games they are 7th in the table, 5 points behind 4th place Dundee United with a game in hand over them.

Hibs have lost 3 of their last 4 games at this venue. However, to be fair to them, 2 of those losses came against Rangers and Celtics. To add to that preceding those losses they went 9 games without a loss.

Furthermore, with the visitors avoiding defeats just twice on the road this season and with 6 away losses already they are not expected to challenge for any points.

The slump in form of the hosts can largely be attributed to Martin Boyle’s drop in form. With the Australian who is the league’s joint-third highest goal scorer available to start, expect him to fire his team to a win.