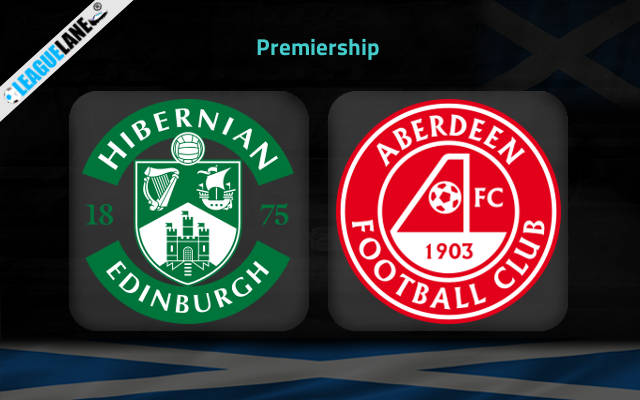 Hibernian’s recent matches show the team having an inconsistency with securing wins in the matches. Their poor performance has put the team into relegation group for the second phase of Premiership. At the end of the first phase, the team was above Livingston. However, after losing in the last two matches, the team has moved further down the table. The team currently has 41 points to their name.

Hibernian played their last match against Livingston. Livingston scored one goal in the match and defended their side well, leaving Hibernian goalless. The match ended in a loss for Hibernian with 1-0 FT score.

Aberdeen’s poor performance in their recent matches resulted in the team moving down the table to the relegation zone. They are currently third in the relegation one with only 39 points to their name. From the last ten matches, the team has got two wins, four draws and four losses. After the relegation playoffs started, the team has won in one and lost in the other match.

Aberdeen played their last match against Dundee. Aberdeen used their chance to secure a goal through the awarded penalty, which put the team in the lead. They remained in the lead for the rest of the evening, ending the match in a win with 1-0 FT score.

Hibernian and Aberdeen have played almost similarly in their recent matches. Both teams have scored in four of their last five matches and have only got a 1-point difference with each other as well.

I believe the match will end in a win for Hibernian. However, both teams have had difficulty with scoring in their matches. So, we can expect the match to end with a clean sheet for Hibernian.