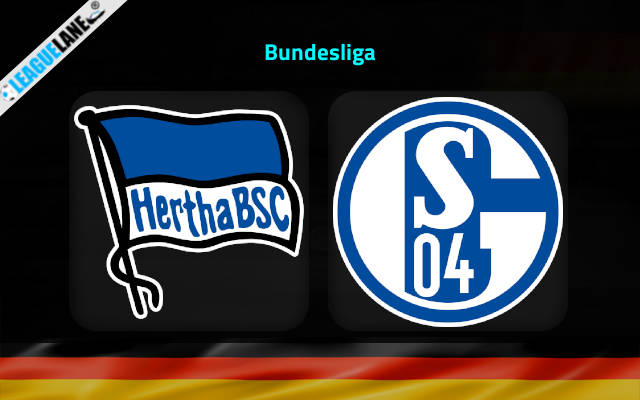 Both Schalke and Hertha are counted amongst the worst in the German top flight, and it is no wonder that they are placed in the bottom-most tier of the table at the moment.

As one would expect, defense is a major issue for both of these squads. Goals are coming in plenty into their nets, and to make matters worse, the two teams are on long stretches of winless results as well.

Hertha are placed 15th in a table of 18 – hanging by a thread over the relegation cut-off, and managed to register a single win so far. They are also the only team in the whole competition to remain winless in the past five match-days.

Going on, they are yet to secure their first win of the season at home, and only a handful of teams let in more goals than them in the competition.

Meanwhile, Schalke are placed 17th in a table of 18, and they too have recorded a single win so far. In fact, barring three other draws, they have a 100% losing record.

And it is a testament to the deficiencies of their defense, that only the dead-last placed Bochum let in more goals than them in the current edition of the Bundesliga.

It goes without saying that the two teams are under extreme pressure, and they are desperate for points. Moreover, since both teams are battling relegation, a win against the other would be extremely beneficial for the victor of the day.

On top of that majority of past h2h meetings saw goals in huge numbers too.

Hertha started their campaign with five winless games in a row, and four of these were defeats. And it is worrying that they are still letting in goals in huge numbers.

On the other hand, not only are Schalke on a four-game losing streak, but they also let in 15 goals in the process.

The situation becomes even worse when it comes to their form on the road.

It appears to me that we are about to witness a high-scoring affair this weekend between these two defensively weak squads.

Tips for Hertha Berlin vs Schalke