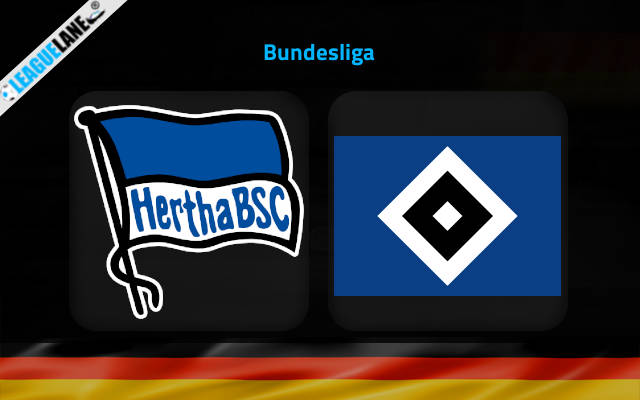 Hertha did try their absolute best to avoid being pushed into the relegation playoffs, but they missed out on a safe spot by a whisker. And now they have to undertake this tough challenge ahead.

They were placed 16th in a table of 18 in the top flight, and only one other team had conceded more goals than them in the entire German Bundesliga in 2021-22.

While they have had a poor campaign by all means, it needs to be mentioned that they had to deal with some of the absolute best teams in Europe.

On the other hand, Hamburger had the luxury to lock horns with teams in the second division, and as a result their form and results look much more impressive. But fact remains that the level of opponents for either had a vast difference.

In this first leg of the playoffs, both teams will be desperate to come away with the win. After all, a spot in the top flight is at stake.

And it needs to be mentioned that Hertha have the better h2h record over the years – particularly so at this venue.

At the same time, Hamburger had struggled to keep clean sheets on the road.

By the looks of things, anticipate Hertha to register a victory this Thursday at their home.

Hamburger were winless in nine of their past fifteen overall games, and most importantly, on the road, they have not had a good season at all. In fact, they had remained winless in 15 of their past 21 road trips.

On the other hand, Hertha have a great h2h record against this rival over the years – and particularly so at this stadium.

Taking into account these observations, expect a win for them this Thursday in front of their home crowd.