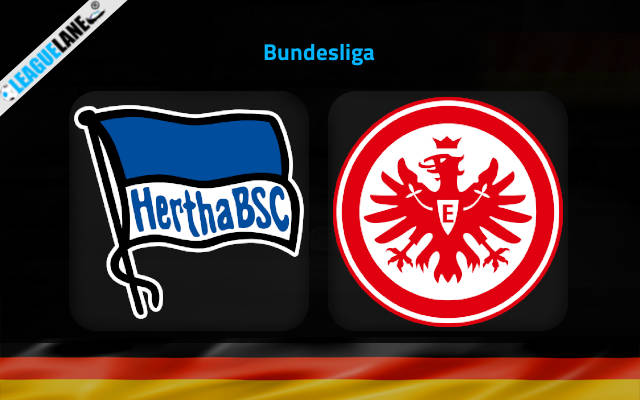 UEFA Europa League winners Eintracht Frankfurt will travel to the capital to battle Hertha after two very tough fixtures against the likes of Bayern Munich and Real Madrid within the previous eight days.

Frankfurt were brutally hammered by the defending Bundesliga champion Bayern Munich in the first fixture of the 2022/23 campaign.

They conceded six goals on the home patch last Friday, including five in the first half of the contest.

To make matters worse for Austrian manager Oliver Glasner, Eintracht Frankfurt lost one of their key players Filip Kostic who has just recently completed his move to Italian Serie A heavyweights Juventus.

Eintracht Frankfurt still have a great group of players as they have prepared for the UEFA Champions League football by signing a number of acquisitions.

Out of all of them, we must mention the likes of Mario Gotze and Randal Kolo Muani. The latter had an amazing season with Nantes last time out in Ligue 1.

Kolo Muani has immediately made an impact delivering a goal against Bayern Munich shortly after coming on from the bench in the second half.

Eintracht will have a nice chance to rebound from this tough defeat here against Hertha who once again disappointed heavily in the capital city derby, falling easily to Union Berlin 3-1 last weekend.

Both teams showed huge lack of meticulousness at the back on the opening day. Looking at their recent head to head trend, we can hardly back anything else but an open affair packed with goals on Saturday in Berlin.

You can go with the Over 2.5 goals FT & Both Teams To Score pick at the odds of 2.00, while we also like the away win at the 2.25 odds knowing that Frankfurt won four of the last five encounters with Hertha Berlin.