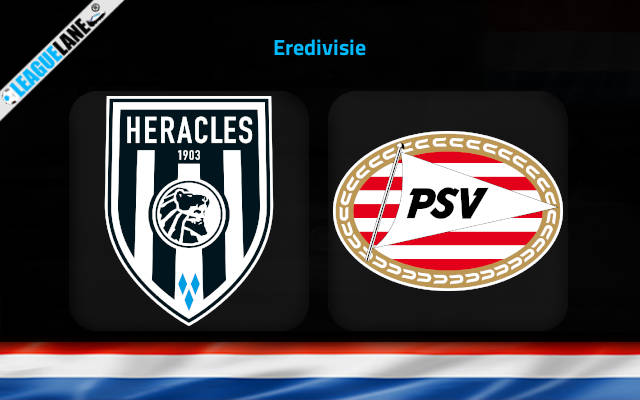 Mid-table side Heracles didn’t finish the last season on a bright note. The Heraclieden will lock horns with the runners-up of last term Netherlands Eredivisie on Saturday for the opening match in the league this 2021/22 season. The former side will play host in the clash at Erve Asito.

The host had ended their last season with a three-game winless run in their schedule with two draws in it. They will return home on the back of a 5-0 loss on the road to the likes of AZ Alkmaar last time out in the campaign. The Heraclieden was in ninth place on the table last season.

On the contrary, PSV has been unbeaten in their last 12 matches across all major competitions in the schedule with a five-game winning streak as of late. They will visit on the back of a 0-1 win on the road against Midtjylland in the Champions League qualifiers.

There is no doubt that the match is sizing to be a high-scoring affair in ninety minutes with PSV at one end and a mid-table side at the other.

Heracles enjoys ground advantage but has been involved in draws two times within their recent five attempts at home in the league.

PSV, on the other hand, has a strong squad than the host and has a better overall performance in the campaign from last season.

Thus, the away team is likely to have an upper hand in the game than the host at Erve Asito.