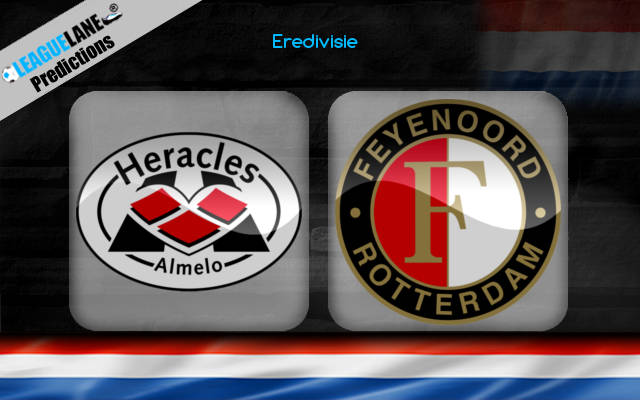 With their current league form in overall, Feyenoord will be the favorites to win in the clash with Heracles at Almelo.

Heracles is at the 9th place in the table while Feyenoord is residing at the fifth spot in the league table.

In their prior encounter, Heracles lost to FC Emmen on the road with a 1-0 score on the board. It marked their fourth consecutive winless game in the campaign.

Meanwhile, Feyenoord is on a three-game winning streak in the campaign. They will be on the back of a 3-0 home win in their previous match against Heerenveen.

Apart from their recent loss at home, Heracles was on a four-game winning streak at home earlier. However, they took points only from the bottom part teams in the table.

Besides that, they have encountered three losses in their nine home matches so far when facing teams above them in the table.

In addition to that, Feyenoord has lost only two of their nine away fixtures until now. In their seven unbeaten matches, the visitor has recorded four draws in it.

Meanwhile, Feyenoord has showcased a better performance in their overall league run when compared to the host.

So, despite being on an away handicap, Feyenoord will have more opportunities to take all three points from the game.

Since both teams are in the top part and are with an average scoring around 1.7 goals per game, we can expect both teams to slot in at least a goal each in the clash.