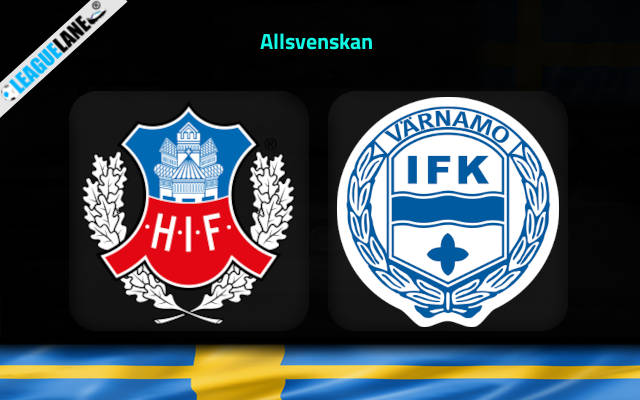 Helsingborg has not had the best start to their season. The team has secured only one win in their matches so far. From the remaining eight matches, the team has got seven losses and one draw. Their poor performance has placed the team in the bottom half of the table at the 15th position with only five points from their matches. At the moment, the team is winless in the last five matches as well.

Helsingborg played their last match against Degerfors. In the match, Degerfors scored two goals while Helsingborg could score only one, ending the match in a loss for Helsingborg with 2-1 FT score.

Varnamo has had a rocky start to their season as well. The promoted team has played eight matches so far, in which the team has got one win, three draws and four losses. After the only win against Degerfors, Varnamo has gone winless in three consecutive matches. Their poor performance has placed the team 13th on the league table with only six points to their name.

Varnamo palyed their last match against Mjallby, in which both teams scored one goal each. The match ended in a draw with 1-1 FT score.

Helsingborg and Varnamo have performed almost similarly in their matches from the start of the season. Both teams have won only once in their matches and have only one-point difference between them.

Helsingborg has got mixed results from their home matches this season. From the four matches played so far, the team has won in one, drawn in two and lost in one. They have scored under 1.5 goals in all the home matches as well. Varnamo has not secured a single win in their away matches this season. The first three road trips ended in losses while the last match ended in a draw.