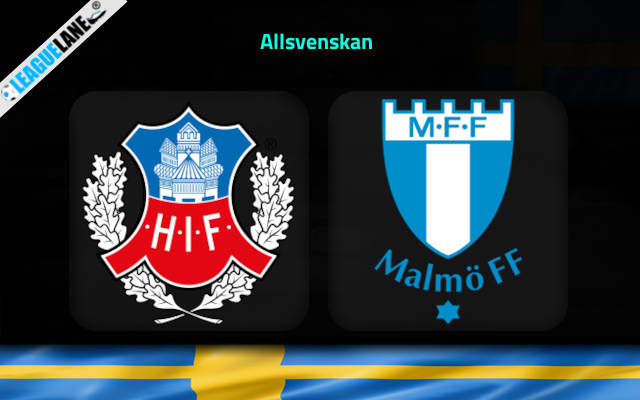 Malmo are one of the top-performing teams in the Swedish top flight, and are in possession of the fifth spot in the table. Meanwhile, Helsingborg are placed 14th in a table of 16, and need a surplus of eight points to climb above the relegation cut-off.

They managed to deliver just four wins so far in the competition, and they scored the least number of goals of all the teams in the tournament too.

Moreover, they are also on a losing streak in road matches at the moment.

Meanwhile, Malmo need an additional four points to climb level with the third-placed squad. They are scoring goals in huge numbers, and built a great momentum from their performances.

They also are a perennial contender for one of the top-tier spots almost every single season in the Swedish top flight.

Going on, they also have a dominant h2h record against this foe over the years, and taking into account all these observations, expect a win for Malmo this Sunday at the Olympia.

Malmo were winless in 19 of their previous 25 overall fixtures, and in the process they went on a three-game losing streak, as well as another five-match losing stretch.

Moreover, they won a total of just five times in front of their home crowd in the past eleven months, and they failed to find the back of the net in three of their past four appearances here as well.

On the other hand, Malmo were unbeaten in 17 of their previous 25 overall games, and in the process they went on a four-fixture winning streak, as well as two separate two-game winning stretches.

Furthermore, they were also unbeaten in six of their past ten road trips.

Taking into account these observations, as well as the way Malmo dominated h2h meetings in the past, expect a win for them this Sunday.

Tips for Helsingborg vs Malmo