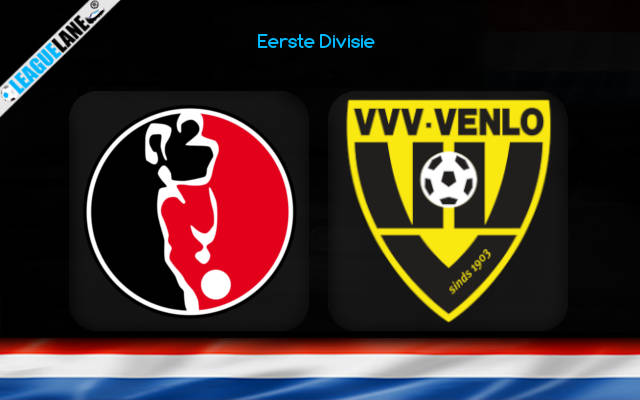 Helmond Sport is on back to back league losses and sits at the bottom of the table. They have been recently reduced 3 points due to Federation decision and has the second worst scoring figures on the league.

Venlo lost the last league schedule marking an end to their 5-game unbeaten run in the league. They are only 2 places below the zone for Eredivisie promotion and hopes to climb into it after this upcoming fixture at SolarUnie Stadion at Helmond where the Pride of the South will be visiting this Monday.

Helmond Sport resides at the rock bottom closing the 20th position on the table with a mere 21 points. Of the 29 matches played, they won and drew 6 times each while losing on 17 other occasions. Their total goals to conceding ratio stands at 28:52 which shows that they highly lack in quality at both ends.

The hosts lost back to back league schedules against Eindhoven and Almere City. At least three goals per match have been seen on all of the last 6 fixtures where Helmond Sport has been involved. Opposition teams scored 15 times in this period while they managed to get a total of 8.

On the other hand, Venlo resides at the 10th position on the table with 37 points. Of the 29 matches played, they won on 11 games while drawing on 4 and losing on 14 other fixtures.

The visitors will be looking for an improved result here after a humiliating 0-4 league losing effort in their last game against Eindhoven. Jos Luhukay’s men have found the back of the net 11 times throughout their latest 6 matches. The number of goals that they have conceded during those same clashes comes to 7.

We anticipate an away win to occur, as the hosts have not won against Venlo in their last 2 league games and they are without a win at home for the past 9 league matches. Meanwhile Venlo are above average at away fixtures.