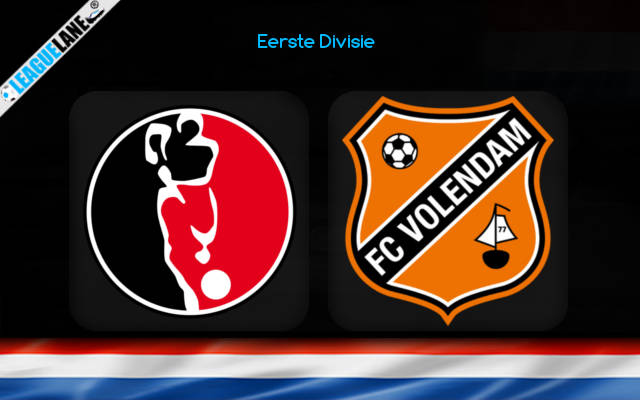 Helmond lost three on the spin at home, conceding as many as ten goals in the process. They are up against the best team in the division here and we can hardly predict any other outcome but a commanding victory for the visitors on Friday evening at SolarUnie Stadion.

One of the best attacking lines in the league will meet one of the weakest offenses on Friday evening as Eerste Divisie leaders Volendam travel to SolarUnie Stadion to take on Helmond Sport in the 18th round of the competition.

The gulf in quality between the two outfits should be notable and the visitors head into the match as clear favorites to claim the spoils.

Volendam are three points clear at the top of the standings. They won 11, drew 5, and lost only 1 of 17 league affairs so far in the season.

The visitors will go into this on the back of an impressive 3-0 victory over playoffs hopefuls Den Bosch in the previous round.

The competition’s top scorer Robert Muhren took his league tally to 17 goals by completing a brace in the mentioned thumping of Den Bosch seven days ago.

He should have plenty of room to deliver here past Helmond Sport who have managed to claim just one point in the last six league outings.

Tips for Helmond Sport vs Volendam