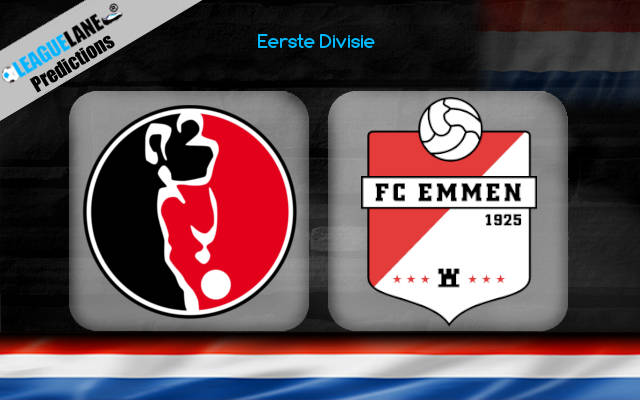 An undercard bout in the bottom of the board on Friday as Helmond and Emmen go head to head.

FC Emmen find themselves in a precarious situation two years in a row. They were relegated from Eredivisie after finishing 16th and now fins themselves at the bottom of the table yet again in the second division.

2 losses 1 draw and 1 win have put Emmen 17th in the standings. This will be a big blow on their egos after just having been relegated. The only consolation will be the fact that you can’t be relegated from Eerste Divisie.

Emmen will be looking to turn the tide around and show just what ex-premier league is capable of to a team that is perennially at the bottom of the table.

Helmond had somewhat of a turnaround season last year, finishing 12th in the Second division following years of scraping the bottom of the barrel. However, they find themselves in a familiar place with just 3 wins from the last 4 matches.

The match is going to be a scrappy event with both teams vying for the full 3 points to get them out of their current predicament.

The home team despite having the better head to head record is the underdogs in the undercard bout on Friday. However, we are of the impression that they will pull through and upset the favourites.

FC Emmen have been struggling recently and they are missing the services of their valuable striker Kharchouch. They look depleted and like a shell of their formal self. THis will not bide well for them this Friday

Goals will be few and far between and we expect it to stay below 2.5 goals as both teams have not been performing well on their offensive fronts.