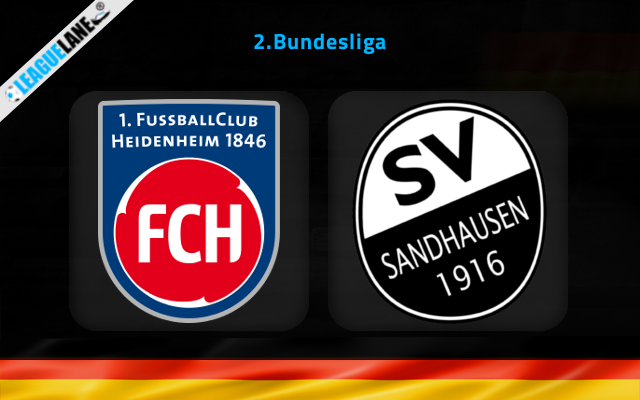 Heidenheim have been going through a decent spell of from since the beginning of this season. They sits 6th on the table with a total of 38 points. They are just three points away from the safe zone and will be hoping to find a spot inside the top three. However, their form has been bit worrying of late.

They have recorded a pair of winless games in their most recent league fixtures. They drew to Dresden and lost to Hamburg away from home. They will be hoping to better themselves with the aid of home advantage.

However, they are still inside the relegation spot and will have to be more consistent to secure themselves in a spot outside the final three on the table.

By the looks of things, we expect a pleasant game for the home outfits at Voith-Arena when they hosts Sandhausen in the 24th Round of 2.Bundesliga fixtures on Sunday.

We can see Heidenheim clearly having the dominant strength over Sandhausen in the recent history of this head to head match-up. On top of that, Heidenheim are yet to face a defeat at home since October 2021.

They have been also scoring goals at a good rate at home. However, we can expect them to leak one as their defense have breached in three of their past four home league affairs.

We are backing Heidenheim to seal a win in this fixture. It will be an interesting encounter and we are expecting goals from both these outfits.