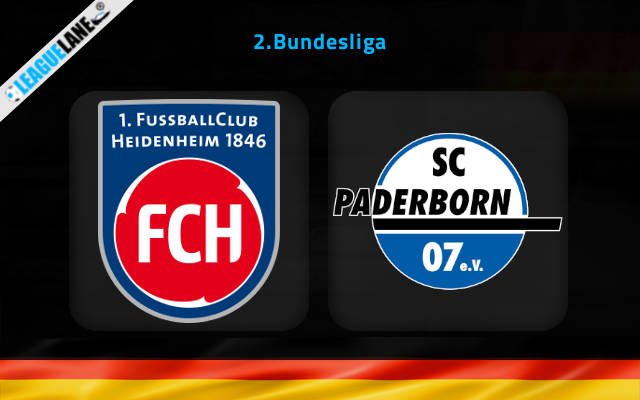 Heidenheim host Paderborn in one of the most exciting games of the opening day in the new 2. Bundesliga season. The two teams are ready for a stronger promotional push ahead of the 2021/22 season.

Paderborn showed their sky-high ambitions with an impressive display in a 3-1 victory over top flight side Borussia Monchengladbach seven days ago in their last pre-season test.

The manager Lukas Kwasniok, however, worries about his team’s defensive line ahead of the start to the season. He tried with both three and four at the back formations, but none gave results as Paderborn conceded loads in pre-season.

The visitors shipped four goals to Borussia Dortmund II and Ajax each before they defeated Borussia Monchengladbach 3-1 last weekend. This will be the music to the ears of Tim Kleindienst who finally made a long-term transfer for Heidenheim after four loan-spells.

Kleindienst is by far the best player in this Heidenheim team and we expect him to push the team towards the promotional battle this time around.

Heidenheim also claimed an elite-class scalp last weekend, beating Hoffenheim 1-0 in their final pre-season test. The team’s main star Tim Kleindienst made the difference on the occasion. The 25-year-old German forward notched 11 goals in just 15 appearances last season. We expect him to shine here against the vulnerable and leaky defense of Paderborn’s.

We will back Kleindienst to score anytime at the 2.40 odds as the main betting option. You will likely not make a mistake backing a high-scoring contest through the Over 2.5 goals FT & Both Teams To Score pick at the odds of 1.72 either.