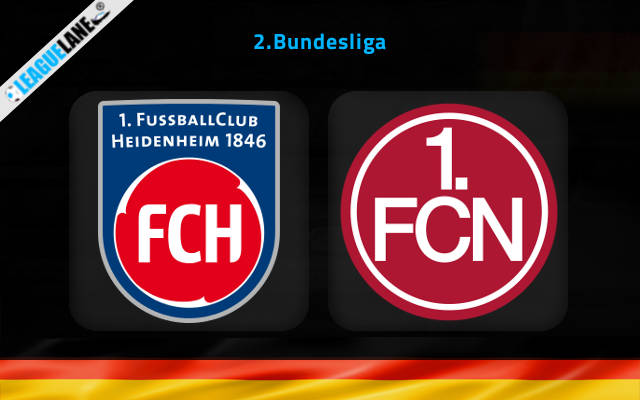 Heidenheim seems to be in a bit of trouble with finding wins in the recent matches. The team had a rough start this season but their form had improved, which helped them to move up the table. However, from the last five matches, the team has got one win, three draws and one loss. Currently, the team sits 7th on the league table with 42 points from their matches.

Heidenheim played their last match against St. Pauli, in which St. Pauli scored the only goal in the match, leaving Heidenheim goalless.

Nurnberg has played well in their matches this season. The team has overcome their trouble with their inconsistency they had faced since November. From the last five matches, the team has got four wins and a draw. The team now stands 5th on the league table with 46 points from the matches.

Nurnberg played their last match against Dynamo Dresden, in which both teams scored one goal each, ending the match in a draw with 1-1 FT score.

Nurnberg is back in-form and has played better than Heidenheim in their recent matches. They are unbeaten in their last five matches and have scored over 1.5 goals in four of the matches as well. Heidenheim, on the other hand, has got some trouble with their form.

Nurnberg has played better than Heidenheim in the recent matches. So, I believe the match will end in a win for Nurnberg or in a draw. Both teams have scored in their previous matches and can be expected to contribute to the scoreboard in this match as well.