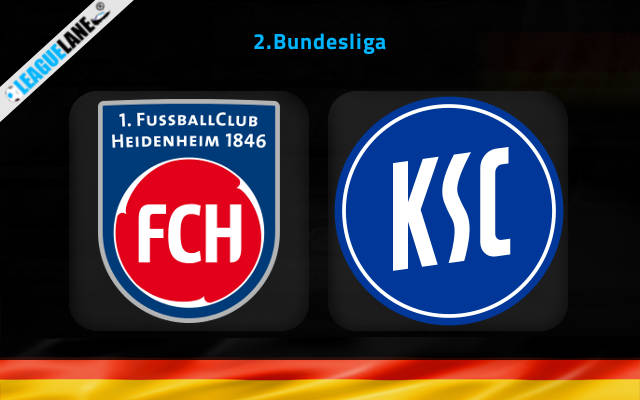 Heidenheim’s recent matches show the team in a bit of hiccup with their form in the recent matches. Their win in the last match came after a winless streak, which had lasted for four matches. From the last ten matches, the team has got three wins, two draws and five losses. Currently, the team stands eighth on the league table with 49 points from their matches. Their current standing has secured the team a position in the 2. Bundesliga in the next season as well.

Heidenheim played their last match against Jahn Regensburg. Heidenheim scored two goals in the match while Regensburg could score none, ending the match in a win for Heidenheim with 0-2 FT score.

Karlsruher played their last match against Dynamo Dresden. Both teams scored two goals each, ending the match in a draw with 2-2 FT score.

Both Heidenheim and Karlsruher have shown a bit of trouble with their form in the recent matches. With their current standing, they have secured a position in the 2. Bundesliga in the next season as well. Heidenheim’s win in the last match ended in a winless streak, while Karlsruher still has a winless streak in their hands.

Heidenheim lost consecutively in the last two home matches. However, the team had a seven-game unbeaten streak before their loss against Aue in their home ground. Karlsruhe’s away matches have not had the results they had hoped for. They have only two wins to show from the last ten matches and have failed to score in the last two matches as well.

Heidenheim’s advantage of playing in their home ground cannot be overlooked. I believe the match will end in a win for Heidenheim. Both teams have scored in most of their matches. So, we can expect the match to end with over 2.5 goals as well.