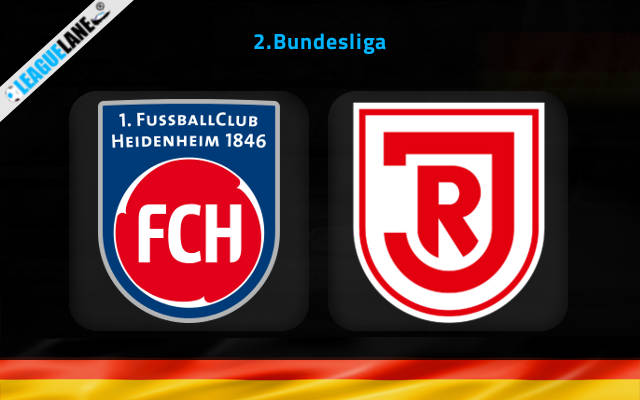 Jahn Regensburg finished just outside the relegation playoffs spot in the previous season. The team has had an incredible rise within the 2. Bundesliga as they are pushing for promotion and are not very far from the top of the table.

Heidenheim seems like they are comfortable with the 8th position, a position where they finished last time around.

These clubs will lock horns at the Voith-Arena this Sunday. Read our Preview, Predictions, and Betting Tips with Analysis here.

The hosts have done alright for themselves recently. It is their terrible start to the season however that has stopped them from challenging for promotion. They started the season with just 1 win in the opening 6 fixtures, which has landed them in 8th position in the league.

Jahn meanwhile after 4 consecutive wins at the start of the season, went on a run of 6 winless. Their return to form has put them 3rd in the league. They are 4 points behind the league leaders.

The hosts, despite being behind their opponents in the table, have had incredible displays this season at home. Having lost just once they should secure the win against a side that has just a win in their last 6 games on the road.