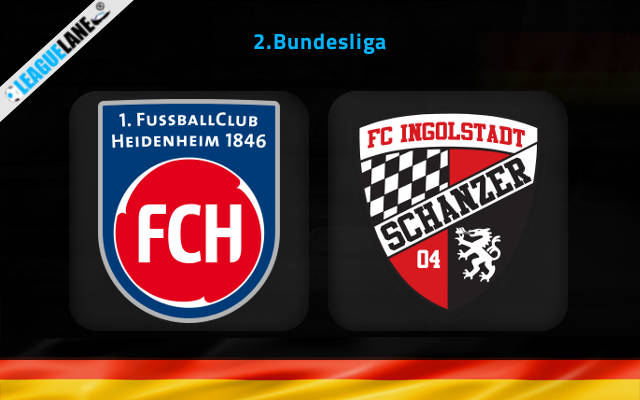 Heidenheim managed to follow up a disastrous October with a convincing run of games and have truly put themselves into the race for promotion up to the Bundesliga.

Ingolstadt have managed to add a considerable amount of points to their tally in recent games. However, they need to significantly improve to make up for their deficit and survive the drop to the German 3rd division.

Frank Schmidt’s men on the last matchday sealed all three points against Paderborn on the road. The match ended with a score line of 1-2.

This was the club’s 4th win in five league fixtures. Following the result, the club is now 6th in the league table, level on points with 3rd place side Hamburg.

Die Schanzer were last seen in a 3-0 win against Dynamo Dresden at home. This was the club’s 2nd win in the league this season and the 1st since August.

Having managed five points from the last five league fixtures, which accounts for half of their total points this season. They now sit bottom of the 2. Bundesliga, ten points away from safety.

The home club is on a 3-match winning streak and have lost just once at home in the league this season. I have backed them to win considering their opponents have lost all but two league fixtures on the road this season.

The hosts have scored one goal exactly in five of their last six games at the end of the 1st half. Whereas their opponents have failed to score in the 1st half in all but two of their away league fixtures this season.

Considering these observations I have backed the below mentioned score line at the end of the 1st half.