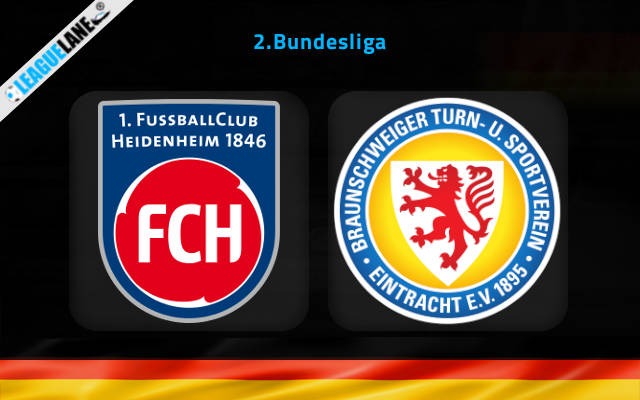 Gameweek two of German second division football takes place this weekend in one of the most exciting clashes of the round. Heidenheim will be seen hosting the newly promoted side Eintracht Braunschweig at the Voith-Arena this Saturday.

Heidenheim finished outside of the 2. Bundesliga top ten last season, so they have plenty of room for improvement this time around. Even though their last 2 pre-season friendlies ended in a defeat, they managed to win the opening game of this season by 1-0 on road against Rostock last week.

Less than three goals per game were marked in 5 of the past 6 meetings where Heidenheim have been involved. With regard to the goal split during this period, opposition teams scored an aggregate of 6 and the hosts got themselves seven.

On the other side, following promotion from 3.Liga, Eintracht Braunschweig are trying to adjust with this league. They were handed a 0-2 defeat at home by Hamburg on the opening day of the German second tier season. The side will be keen to change things around this time.

Michael Schiele’s men have fired home a total of 6 times in the course of their most recent 6 matches. The aggregate of goals that have been scored against them during the same period adds to seven.

The hosts have performed fairly well on home soil in the German second tier as they have lost just twice of their previous 11 matches at their Voith-Arena. Тhis came in the shape of defeats to Erzgebirge Aue and Fortuna Dusseldorf but Heidenheim had also posted a total of 8 wins within this period as well.

Braunschweig come here after a 2-game winless run away from home. Going into this one, they have not emerged victorious against Heidenheim in games played away from home for the previous 4 league matches.

We therefore feel that a home win is up for cards this Saturday.