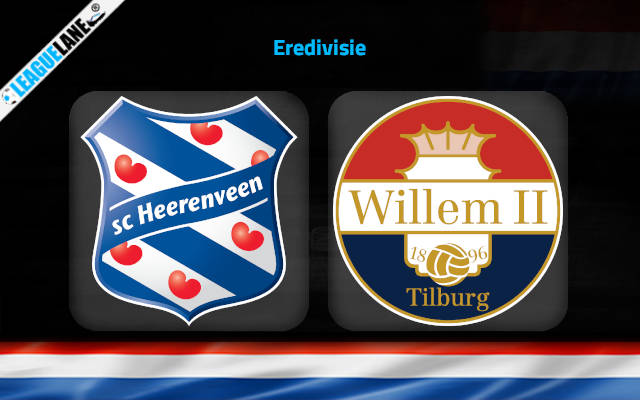 Heerenveen and Willem II finished in the bottom half of the Eredivisie in the 12th and 14th positions respectively last season. The former has stuck in the same place while the latter is sitting 9th in the table this season. Read our Preview, Predictions, and Betting Tips with Analysis here.

The Super Frisians have been as mid-table as a mid-table team can get as they have not really had a run of wins or losses for that matter. They have had mixed results throughout the campaign winning 4 and losing 6 games in their 12 games in the league.

Tricolores on the other side of things started the season with a run of 6 unbeaten games with 5 wins among them. They were among the top teams in the league at that point however they have since slumped to their current position after going on a run of 6 games with just a win to show for.

The hosts are the bookies’ favourites to win and have scored in their last 5 games while the visitors have failed to score just once in the preceding 5 games away from home. So both are likely to enter the scoresheet.

Henk Veerman, who is the highest scorer for his side this season, has managed to register 2.4 shots per game on average. I have backed the Dutchman to get over 1.5 shots on target this Sunday against a side who has conceded 20 goals already this season and an average of 2.66 goals in their last 3 games on the road.