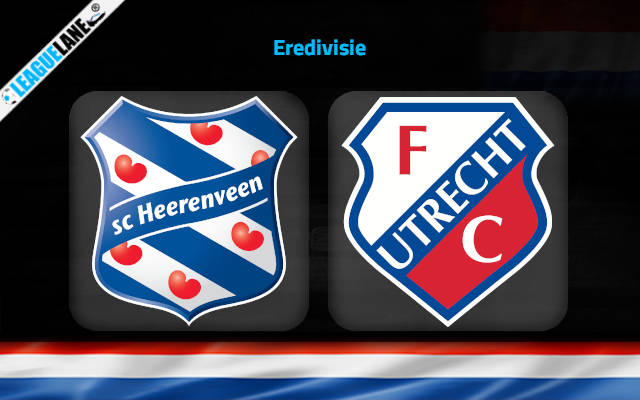 Despite facing an injury crisis at this stage of the season, Utrecht picked up an important 3-1 win over Sparta Rotterdam. They will now head over to Abe Lenstra Stadion to clash with their rivals Heerenveen on Matchday 12.

Against Sparta Rotterdam, the visitors played a very attacking game throughout as they found the target nine times. Manager Henk Fraser is now relieved as this win comes after their heavy 6-1 loss against PSV.

Ruud van Nistelrooy’s side were no match for them, as the second half was a goal fest for PSV. The only goal scorer for Henk Fraser’s side was Sander Van de Streek.

The team is currently at the eighth position on the table. Against top teams the visitors have struggled to perform. This is why they lost back-to-back games against AZ Alkmaar and PSV this month.

The host also have a similar story to share as well, they lost to PSV by 1-0 earlier this month. This is their only defeat till now in October. In their most recent outing, they defeated relegation side Volendam by 3-1. They still have a long road ahead of them as Kees van Wonderen’s plan is to reach within the top three.

In all competitions the host have scored seven goals in their last two games.

You can back the following as our first tip is that Utrecht will win this game by 2-1- the odd for this tip will be at 11.00. The visitors won the most recent match against Heerenveen by the same scoreline. Not to mention their excellent unbeaten record since 2018.

Furthermore, our next tip for this game is that Both Teams to Score – the odd for this tip will be at 1.66. It is rare for a goalless match whenever these two sides have clashed. In three of the last four head-to-head matches both teams have scored a combined total of eight goals.