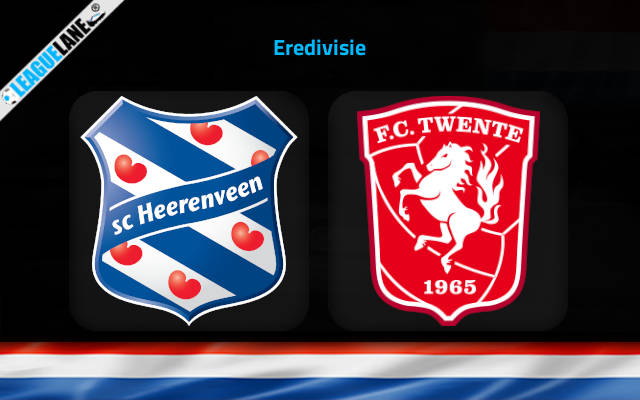 Twente head to Abe Lenstra Stadion on Sunday for the Eredivisie tie with hosts Heerenveen.

Heerenveen had finished 8th in the league standings past season. They were winless in 23 of their total 34 league games through this stretch.

Going on they have been also going through a very inconsistent stretch of performances lately. They have an average offensive and defensive line in this season.

It is worth noting that they had let in a total of 6 goals from the previous 3 fixtures in the league.

Twente conceded a defeat against FC Volendam after sealing a couple of positive outcomes from the opening two fixtures. They have bounced back with back to back victories and are currently on a 3-fixture winning streak in the league.

The team conceded only 3 goals in the previous 6 league outings. Dutch head coach Jans can be thrilled with the performances of his men’s defensive line at the start of the season.

Twente were unbeaten in 7 of the past 10 overall fixtures and had gone on a 2 separate 4-fixture and 2-fixture winning streak.

Going on, The Reds were unbeaten in 6 of the past 8 road trips and had gone on a 4-fixture winning streak in the process.

On the other hand, Heerenveen were winless in 5 of their previous 10 overall fixtures. They are currently on a 2-fixture winless streak in the league and had leaked a total of 5 goals in the process.

They won one and drew two of their previous 3 home fixtures. Do also note that both the drawn fixtures were goalless.

We expect a win for Twente considering these observations. We back them to lead in both the halves at the 4.00 Odds.