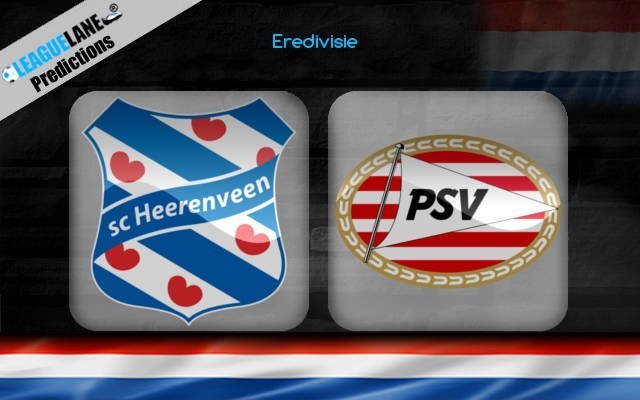 If ever Fean felt like lighting some candles, the time is now. Mark van Bommel’s men are visiting, and only some divine intervention will stop them from humiliating the hosts at the Abe Lenstra Stadion.

The Lightbulbs play in another dimension, compared to the other teams in the Eredivisie, maybe except for Ajax. Out of a possible 63 points, as the league has done with 21 match-days, the team has secured 56. Let that sink in. Just seven dropped points. And a relegation-battler wants to take on them.

The Super Frisians have been riding on some luck, and that’s what prevented them from drowning into the exit zone. The safety cushion of one point will be history once Friday gives way to Saturday.

Lampen is the best team in the league bar none. Even Ajax has struggled to keep level pace with this team. They have scored 71 goals from their 21 matches in the Eredivisie so far while conceding just 13. They have also let in the least number of goals on the road.

Their opponents for this tie, Fean, has been the absolute worst home-team in the competition, conceding the most goals in front of the home crowd, registering just a single home-win, and securing the least points at their home-ground.

As of now, they are just one point away from a spot in the relegation zone, while the Peasants have a 27-point cushion from missing out on Europe.

Boeren, who has been unbeaten in their last nine matches, and who scored two or more goals in eight of these, will easily put away this opposition, and deal out a huge loss to them.