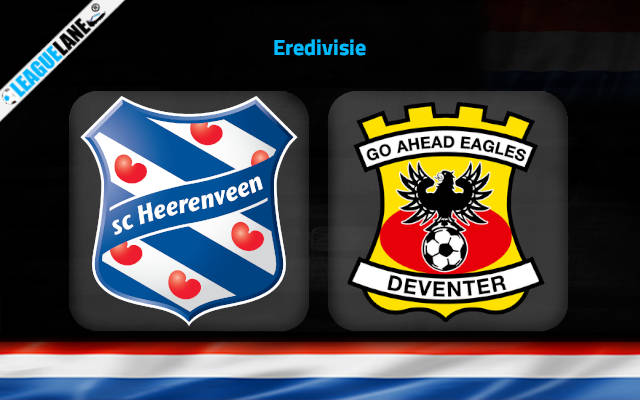 With only one game remaining to end this season, Heerenveen will host their fellow neighbor Go Ahead Eagles hoping to end the season with a win. These two sides will cross swords at Abe Lenstra Stadion, this Sunday.

Heerenveen is at the 9th spot on the standing with 38 points from 33 games. They won 10 times in the league while drew on 8 and lost on 15 other occasions. A win here will elevate their chance to get into the Conference League Play offs at the same time, they need NEC to lose their next fixture.

The hosts will be looking to improve on their last outing here after a 5-0 Eredivisie defeat in their last game at the hands of Ajax. It’s possible we will see a couple of goals here, with the last 6 games for Heerenveen ended with 2 goals or more being scored.

On the other hand, Go Ahead Eagles resides just below at the 10th position on the table with 36 points. Of the 33 matches played, they won 10 times in the league while drew on 8 and lost on 17 other occasions. The visitors need to improve up their defense as they have been conceding goals recently.

The Eagles will be hoping to return to winning ways here following the 0-1 league defeat last time out to Feyenoord. That defeat marked their 4th league loss in succession.

Heerenveen vs Go Ahead Eagles Prediction

By the looks of things, expect a victory for the home side this Sunday.