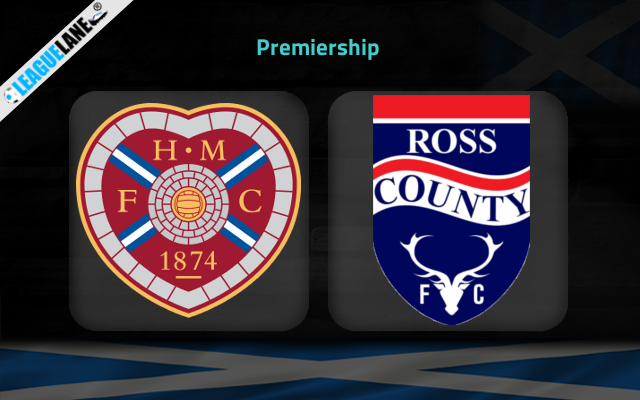 Hearts have been following a decent form since the beginning of this season. As a result, they are currently at the third spot of the table inside the Europa League Qualification zone. They also possesses a decent offensive and defensive line-up.

Hearts recorded a 2-3 win on road against Dundee United in their most recent league fixture. With that win, they are currently following a streak of seven unbeaten games in the league. They will be having highest of spirits following such a set of recordings.

Meanwhile, Ross County are having an average form this season. However, they are currently inside the safe zone. They have a total of 40 points for occupying the 5th spot.

Ross County recorded a 0-2 defeat at home against Celtic in their most recent league fixture. It was their third winless recording in the past four league fixtures. Such a slump is not so impressive for a team which occupies the safe zone.

Hearts are currently on the back of six straight home wins across all competitions. They have scored two or more goals in five of those six home affairs.

On the other side, Ross County are winless in 6 of the past 10 league fixtures on road across all competitions. Five of those 6 ended up in a negative display too.

On top of that, Hearts are having a streak of 8 unbeaten games against Ross County at present. When analyzing all the above stats, we are of the view that Hearts might well convert a couple of goal scoring chances to put them ahead of this Ross County outfit. We are backing Hearts to record a positive displays when the referee blows the final.